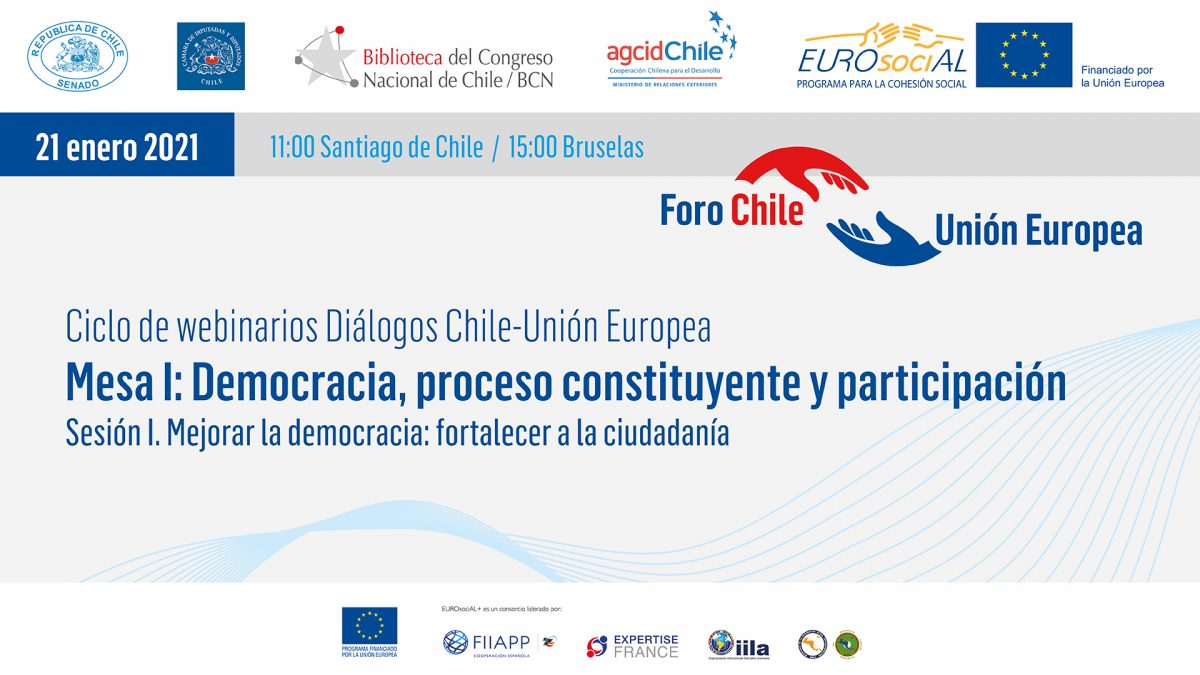 This session is part of the series of webinars “Chile-Europe Dialogues” organised by the Library of the National Congress, the Directorate of International Affairs of the Chamber of Deputies and the Delegation of the European Union in Chile, with support from the EUROsociAL+EU programme to promote social cohesion.

Democratic systems and, therefore, the constitutions that found them, gravitate around three pillars that must be guaranteed simultaneously and to the highest extent: freedom (Rule of Law), real equality in the living conditions of citizens (Social State) and participation in decision-making (Democratic State).

The series of webinars revolves around six panel discussions. Panel Discussion I reflects on this third aspect: the current state of democracy. The growth of groups participating at a disadvantage in the face of global capitalism and the crises affecting traditional political parties have created the conditions for the emergence of populist movements and parties.