More than two years into the new phase of the Programme, this is an opportune moment to bring together its protagonists, for a period of reflection, taking a cross-cutting approach between Latin America and Europe, on global trust and the programme’s performance in this scenario with a review of issues related to overcoming divides in global agendas. From a strategic standpoint, the meeting will be a bi-regional space for dialogue on social cohesion, inclusive growth, equity and trust. Operationally speaking, the meeting is an opportunity to socialise the initial progress of the programme and to work with participants to prepare a clear road map for action in public policy, as well as its regional and country dimension. 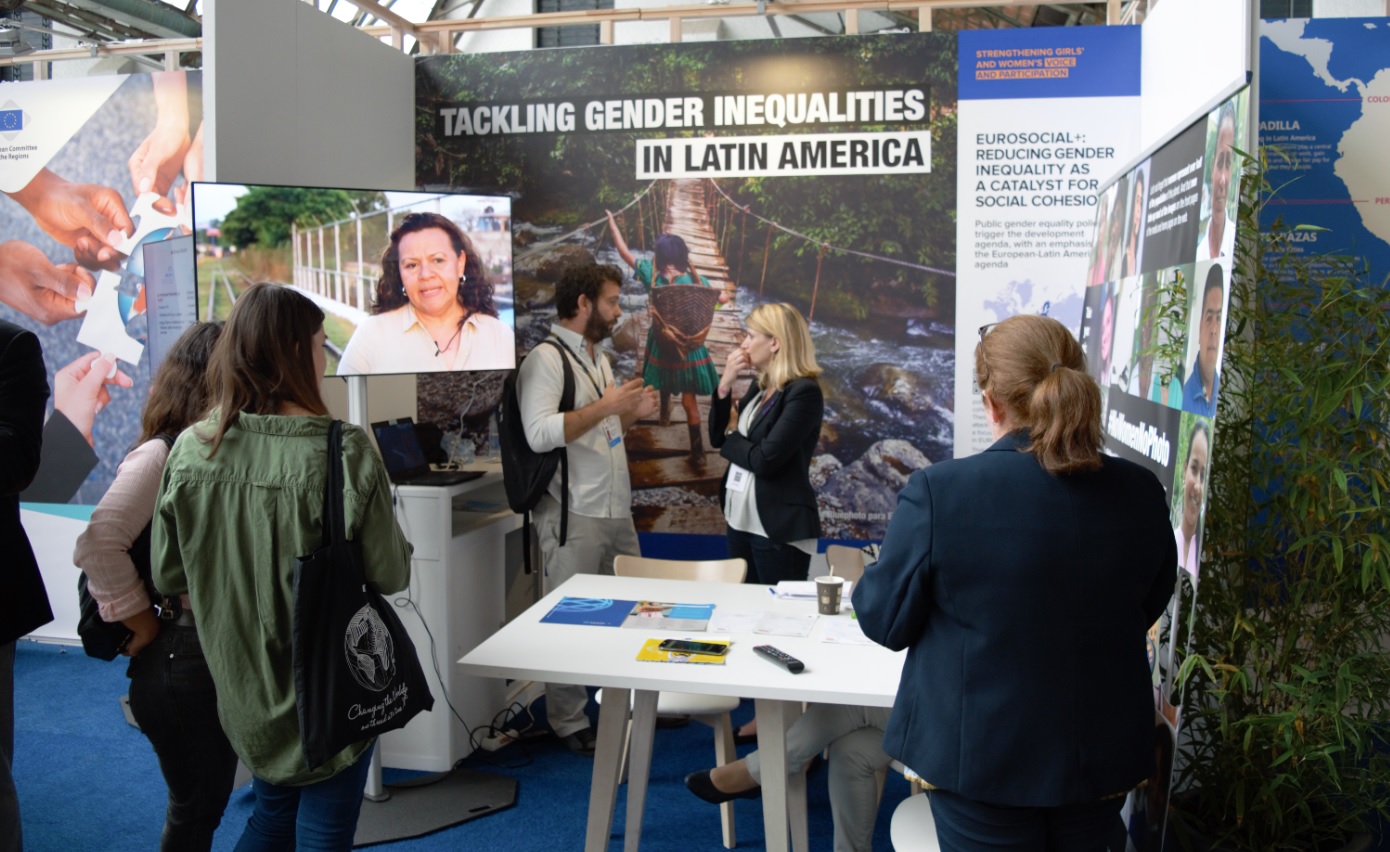 EUROsociAL+ will participate for the sixth consecutive year in the European Development Days, which in this edition focus on inequalities.

Tackling inequalities to build a world that leaves no one behind is the theme of this edition of the European Development Days, the thematic forum of the European Commission specialized in development and international cooperation.

EUROsociAL+, the EU program for social cohesion in Latin America, will participate with 3 major activities: A High-Level Panel to reflect on the concept of development in transition, a Project Lab on inequalities in the labour market, and a stand at which we will dialogue with the “EDD community”. 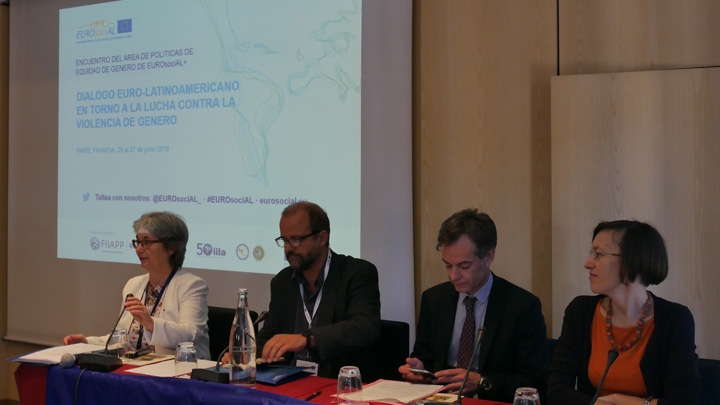 As part of EUROsociAL+, four Latin American ministers, several magistrates, senior civil servants, researchers, technicians, as well as more than 100 representatives of institutions from twelve Latin American countries and ten European countries participated in a seminar from 25 to June 27, 2018 at The House of Latin America in Paris. For three days, conferences were held on new strategies to combat gender-based violence and violence against women in Europe and Latin America. There were six good practice exchange workshops and six meetings with those directly involved. There were also visits to anti-gender-violence projects in several districts and towns in Paris and its metropolitan area. 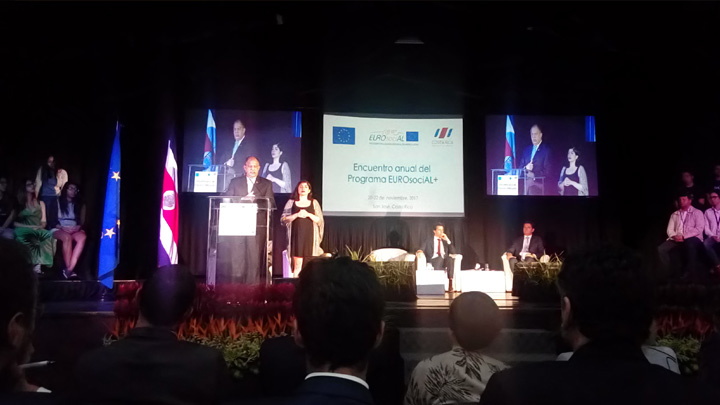 First Meeting of the EUROsociAL+ Programme

Following in the footsteps of earlier phases of EUROsociAL, an in-person meeting of Europe and Latin America took place to address social cohesion through dialogue. In this edition, the Sustainable Development Goals and the role of the social agenda in the current Latin American scenario were starting points for debate. San José de Costa Rica, took the baton from Madrid, Antigua (Guatemala), Lima, Brussels and Salvador de Bahía, all cities where EUROsociAL has met to continue the ongoing dialogue among countries, institutions and companies in the two regions.

The president of Costa Rica, Luis Guillermo Solís, and EU Ambassador Pelayo Castro, opened the annual EUROsociAL+ meeting 2017 with more than 250 representatives from 19 countries in Latin America and the Caribbean, and institutions and ten Member States of the EU.