The pandemic and long-term care for dependent people: What if the emergency becomes an opportunity for this public policy sector?

Due to the spread of Covid-19, the current social health emergency has highlighted the importance of having efficient long-term care systems both in Europe and in Latin America, where this sector is still in its infancy.

When speaking of care systems for people who cannot carry out certain basic activities on their own, we are referring to various types of services provided by a public actor at the central or local level, often in association with private entities or civil society. These services may be long-stay or residential centres, home services, community services, day centres, telecare etc. To these formal services we should add non-professional domestic care work, provided either by unpaid relatives of the person being cared for or by workers on an informal or precarious basis. Most of the people who carry out these tasks are women.

Care services have been greatly affected by the pandemic crisis in both Europe and in Latin America, with residential centres hit hard by the illness and death of so many elderly people. According to the International Long Term Care Policy Network report, London School of Economics, April 2020, in many countries (for example, in Belgium, France, Spain, Italy etc.) half of the deaths due to Covid-19 have occurred in nursing homes. Many home care services, community services and day centres have been closed or have had their facilities reduced due to the risk of contagion, leaving these tasks in the hands of women family members who are confined at home without external support or respite activities. Finally, many caregivers, who had been working informally or in a vulnerable situation, suddenly found themselves without work and without the possibility of using public incentives and benefits to supplement their income.

In short, one of the first effects of the social health crisis and, unfortunately, also one of the most significant has been the ordeal that care systems have had to face.

Of course, the most affected have been the users of these services. Their greater exposure to contagion and the risk of developing serious symptoms has been exacerbated by the lack or weakening of care precisely at the time when it was most needed. We should also remember here the thousands of people who have died and continue to die alone, without even being able to count on the presence and company of family members and caregivers, who cannot approach ICUs or other places of care due to measures to prevent contagion.

Secondly, the crisis has had a negative impact on families and on the entire sector of work associated with care, represented mostly by women and in many cases migrant women, actually worsening their already difficult conditions.

Thirdly, structures and people have suffered serious setbacks and prolonged stressful conditions. They have had to face dramatic situations beyond their capacities and which, in several cases, have led to real collapses (without considering the emergency of so many irregular private services and the lack of minimum control standards over the functioning thereof).

Having extensive public long-term care systems (coverage), which are regulated and have well-trained personnel (quality) has therefore emerged as one of the main lessons of the Covid-19 emergency. Taking this step and investing in care is thus an important element in the fight against the current pandemic and in the preparation for future ones. Care constitutes a meeting point between the family and the health system, often in the guise of social and health services, enabling the weight to be taken off hospitals and other health centres. In addition to the above and as is well known, the expansion of care systems contributes to generating greater job opportunities for women, starting with making the current informal positions professional and transforming them into decent jobs. Beyond its instrumental value, investment is also essential from the point of view of the enforceability of the right to be cared for.

Advances in public care policies are very different in both Europe and Latin America. Before the pandemic, a number important long-term care sector milestones of some importance were reached in the European Union. In particular, in 2017, the European Pillar of Social Rights [1] established that “Everyone has the right to affordable long-term care services of good quality, in particular home-care and community-based services” (Principle 18).

This recognition is also partly the result of the sustained ageing of the European population, which already in 2017 meant that 19.4% of people were over 65 years of age. It was forecast that 22.3% of the population would reach the age of 80 by 2070 (The Ageing Report, 2018). Added to this are profound social and labour market changes that fortunately require us to leave behind the old welfare system paradigm whereby men earned a salary for the whole family and women performed care tasks.

Returning to the right enshrined in the European Pillar, an important trend is evident, namely the reorganisation of systems around home care and community services as an alternative to residential services, which are more expensive and less suitable from the point of view of quality of life. Openings for such places are few in number given the constant increase in demand.

In 2018, the “Challenges of long-term care” peer review undertaken by the European Social Policy Network (ESPN), verifying and analysing the diversity of systems and approaches at a European level and highlighting the four main limitations that Member States have to tackle in order to move toward compliance with Principle 18 of the Social Pillar: (1) insufficient provision of formal services to cover all needs, (2) the quality of services not yet defined according to European standards, (3) the associated labour market still characterised by high levels of informality, precariousness and non-professionalisation and (4) the inadequate financing of these systems.

In the case of Latin America, although the level of development of care systems does not compare to that of Europe, the presence of long-term care services will become increasingly important in the coming years. This is associated with the development of citizen awareness, rejecting the traditional abandonment of the family by the public authorities in this area, but it is also connected with demographic change. According to ECLAC (Social Panorama 2017), the number of people aged 60 and over in the region will exceed that of children and adolescents under 15 years of age for the first time by around 2036 and will continue to grow until 2080. In addition, the percentage of people over 80 will grow – those who are most likely to need some kind of support or care. The region is also experiencing a significant decrease in the informal supply of these services – which, as has been noted, have always been the responsibility of women in families – due to the reduction in the size of households and the increasing participation of women in the labour force.

Over the last decade, some countries such as Uruguay and Chile have made progress in the establishment of comprehensive care systems as a fundamental part of their social protection systems. This has been carried out with the aim of generating a model of shared responsibility – between families, the state, the community and the market – for tasks traditionally undertaken in the private sphere. This effort has resulted in the structuring of a new type of supply adapted to the needs of the population, being better articulated between existing services, in projects for the formalisation and professionalisation of such work etc. Other Latin American countries are also moving in this direction, perhaps more slowly, although such changes are nevertheless fuelling thought and debate at the national level on the need and inevitability of strengthening care for dependent people.

The crisis caused by the Covid-19 pandemic may serve to speed up these processes as it is highlighting not only the unjust social organisation of care, but also the crucial role of the systems both in facing and mitigating the effects of the crisis and in building up resilience thereto. Historically (mis)understood as a family matter (except for evidently ‘medical-health’ situations), care is clearly emerging as a key tool of social policies to keep abreast of the times. This expression – keeping abreast of the times – refers not only to the concept of resilience, but also to overcoming gender discrimination and social inequalities associated with the historical backwardness of the care sector.

It is precisely with this political and value horizon in mind that the European Union EUROsociAL+ Programme, together with the Inter-American Development Bank (IDB) and the French Development Agency are accompanying the development of care systems in Latin America. The next target, in line with the mandate received by several countries, is the formation of a regional care policy network in association with the European Union, through which collaborative actions are be developed between countries along with exchanges of good practices and experiences in the region.

[1] European Pillar of Social Rights: EU principles document that seeks to shape the response to the social crises arising from the 2008 economic recession and from which many countries never really recovered, high levels of unemployment and a loss of confidence in the European construction project.

ECLAC 2017, Social Panorama of Latin America and the Caribbean 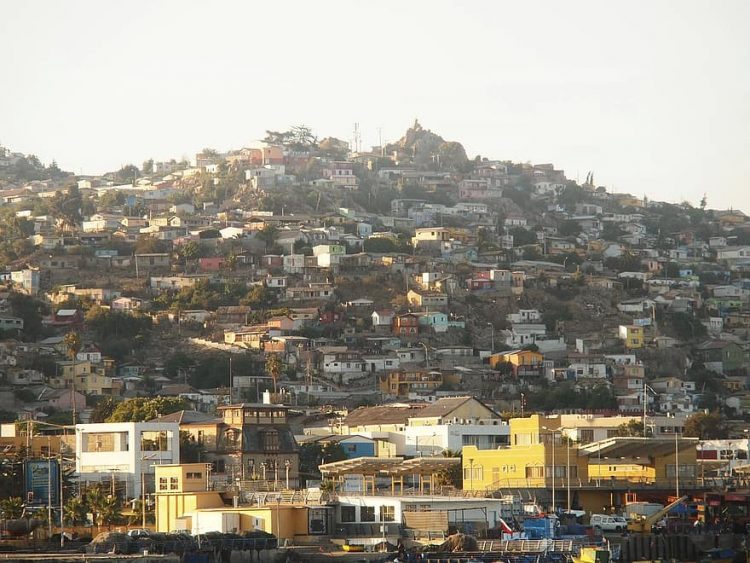 Urban lessons to be learnt from the pandemic

The pandemic and long-term care for dependent people: What if the emergency becomes an opportunity for this public policy sector?
EN