The Portuguese Presidency of the European Union (January-June 2021) was prominent because of its effort to put social issues at the centre of the agenda of a Europe which has been hard hit economically and socially by the pandemic crisis. The commitments made at the Porto Summit, which constitute the Action Plan to advance the implementation of the European Pillar of Social Rights, are just some of the most important initiatives defined within the framework of this presidency.

At a conference in Lisbon, on 21 June, the European Platform to combat homelessness was launched by a Declaration signed by high authorities of the member countries of the European Union and organisations active in the sector such as the European Federation of National Organisations Working with the Homeless (FEANTSA). This platform’s objective is to promote debate, facilitate mutual learning, increase knowledge and improve monitoring systems, as well as strengthen cooperation between all actors involved with a view to eliminating this phenomenon before 2030. The Platform seeks to build a common understanding at the European level on the issue, both at the level of national public institutions, as well as at the level of local actors and civil society organisations, the latter directly involved in the implementation of care policies for people who live on the street.

The Lisbon Declaration also represents a response to the European Parliament Resolution of November 2020 in which the European Union and Member Countries were urged to define objectives and take measures to solve homelessness. According to the resolution, every night more than 700,000 people sleep rough outdoors in Europe, a 70% increase over the last 10 years. The Covid-19 crisis has put the homeless at additional risk as they suffer disproportionately from poor health and lack access to hygiene and health care. The latter issue, with the economic recession and the loss of jobs experienced means that the rates of homeless people could increase. Homeless people are often subjected to hate crimes and violence, including social stigmatisation. And the profile of Europe’s homeless population is changing, with more and more children, immigrants, minorities, women and families on the streets.

All these advances, moreover, are in line with principle 19 of the European Pillar of Social Rights, revitalised during the Portuguese Presidency, a principle that reads: “People in need should be given access to good quality social housing or housing assistance. Vulnerable people have the right to adequate assistance and protection against forced eviction. Homeless people should be provided with adequate accommodation and services in order to promote their social inclusion”.

Here, it is worth highlighting the 5 fundamental principles of the Lisbon Declaration which reflect a firm position taken by the signatories also in the sense of responding to the European Parliament and making progress in the implementation of principle 19 of the Pillar:  (i) no one sleeps rough outdoors for lack of accessible, safe and appropriate emergency accommodation; (ii) no one lives in emergency or transitional housing for longer than is necessary to successfully transition to a permanent housing solution; (iii) no one is discharged from any institution (e.g., prison, hospital, care centre) without an offer of adequate housing; (iv) evictions should be avoided whenever possible and no one is evicted, when necessary, without assistance for an adequate housing solution; (v) no one is discriminated against because of their indigent status.

The European Social Fund (ESF+), with its 99 billion euros for 2021-2027, will be the EU’s main financing instrument for investing in this area, since all EU member countries will allocate at least 25% of their ESF+ resources to social inclusion and at least 3% to address material deprivation. In addition, financing for social and affordable housing projects may be mobilised within the framework of the European Regional Development Fund, InvestEU (through its “Social Investment and Skills Window”), as well as within the framework of the National Recovery and Resilience Plans financed through the Next Generation EU Programme.

Although not explicitly defined in the Declaration, the doctrine (ii) mentioned above, that no one lives in emergency or transitional housing longer than necessary to successfully transition to a permanent housing solution, incorporates some elements of the model considered the most innovative in the world in solving the problem of homelessness: Housing First.

Developed by Dr. Sam Tsemberis in New York in the 1990s, this model has proven successful in attempts to solve homelessness in many countries around the world. According to this model, people who live on the street have, through public services, the chance to enter an independent apartment, while receiving psycho-social-assistance support to deal with their circumstances. Access to housing thus becomes the central nucleus of a type of intervention around which measures are built so that a person accustomed to living rough outdoors, often stricken by mental disorders and addictions, can improve their circumstances and re-integrate themselves into the community.

According to studies carried out [1], this model is more successful and has longer-lasting effects compared to the methodology traditionally used to treat cases of homelessness: the so-called ladder model, by which the person living on the street is cared for mainly through access to shelters or dormitories or shared housing, considering independent accommodation only as the final objective of the process, once that person has fully recovered. In reality, the evidence shows that this model turns out to be successful only in a few cases, while most of them are characterised by long processes which involve serious risks of relapsing and living on the street.

In addition to being differentiated by intervention methodology, the Housing First model starts from different premises with respect to the ladder model, since it considers housing as a human right and homelessness as a condition determined by many causes, not the least of which is lacking a home. In this model, the services assisting a homeless person are from the beginning intended to reintegrate this person into the community, rather than to treat people.  There are many Housing First projects that are spreading around the world which are also based on the understanding that this type of intervention is, in the long term, more efficient in economic terms.

Since 2014, the EUROsociAL Programme has been supporting different Latin American countries in this sector, supporting the strengthening, or in some cases the design, of care policies for people living on the street and the creation of a network between the region’s public institutions on this issue – the Calle Network (Red Calle), later also the recipient of an Adelante project, facilitated by the EU. EUROsociAL+ currently supports the governments of Chile, Brazil and Uruguay in the introduction of the Housing First model.

[1] For more information on Housing First we recommend the website https://housingfirsteurope.eu/guide/ where it is possible to access full information on the model, implementation guides, studies, analyses and evaluations. 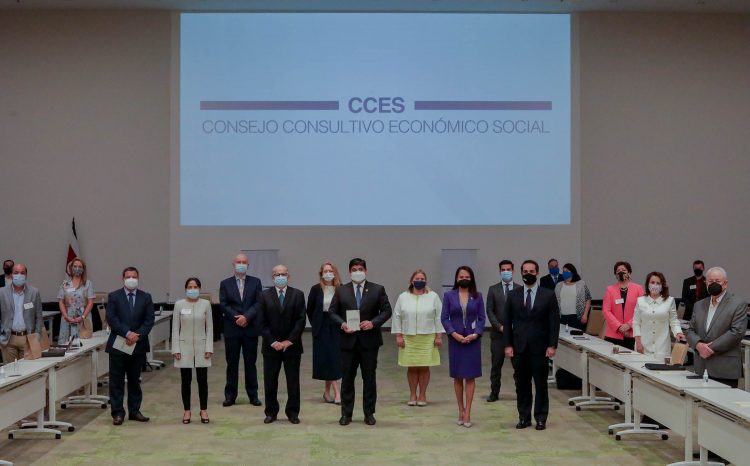