EUROsociAL+ fight against gender violence in Latin America and Europe: four years after the launch of EUROsociAL+ With what results? 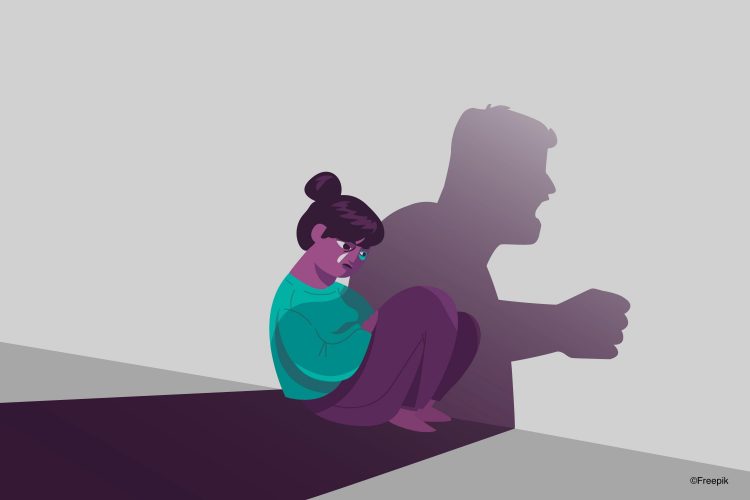 In Europe, one in two women is a victim of some type of sexual violence. One in twenty has been raped. A woman is murdered every two hours for the mere fact of being a woman. Likewise, in Latin America and the Caribbean, 64% of children under 15 years of age regularly experience some type of violence. And almost 3,300 women have been victims of femicides. With these alarming figures, Irène Horejs, from the European Commission’s Directorate General for International Alliances (DG INTPA), inaugurated the webinar organised on 26 November 2020 by the Gender Equality Policies component, an area coordinated by Expertise France, part of the European Union EUROsociAL+ programme.

This virtual dialogue (available in French and Spanish here) was intended to be a compendium of the most emblematic technical actions of EUROsociAL+ in the fight for the elimination of violence against women in Latin America and the European Union. This webinar came at a conducive time, which precedes the Generation Equality Forum sponsored by Mexico and France. Under the UN Women umbrella, this Forum will be the most important international meeting of 2021 on gender issues.

Four years after the launch of the third phase of the EUROsociAL+ programme, and at a time when the pandemic has caused an upsurge in violence against women, what lessons can be learned? Officials from Europe and experts from Latin America contributed their perspectives on this matter during the seminar.

EUROsociAL+, an “innovative” and inclusive programme aiming for zero violence

Four high-level institutional actors participated in the opening session of this seminar. They all insisted on the fact that violence against women is not the prerogative of Latin American countries, but that this “plague” also affects Europe: “We are undergoing a process of mutual learning“, recalled Radhia Oudjani, Director of the Department of Governance and Human Rights (GDDH) of Expertise France and Fabrice Mauriès, Deputy Director of the Americas and the Caribbean at France’s Ministry of Europe and Foreign Affairs. In addition, M. Mauriès also indicated that the Ministry is already working with Latin American governments to reduce and, if possible, eradicate violence against women through the French government’s international strategy for equality between men and women.

Given the resurgence of gender violence in the context of Covid-19, the efforts of the EUROsociAL+ Gender Equality Policies area were also enthusiastically received. Indeed, Irène Horejs, representing DG INTPA, insisted on the fact that, within the context of the pandemic that led to an abrupt increase in violence, the programme continued to provide Latin American countries with strong support, both in the short term and for public policies for post-Covid reconstruction: “It is more important than ever that violence against women is made visible and that adequate measures are taken to prevent, eliminate and punish these acts“.

In Argentina, for example, the Programme, together with the Spotlight initiative, also funded by the EU, has effectively supported the design and deployment of the gender-based violence and prevalence survey. Furthermore, EUROsociAL+ has also agreed to coordinate it’s actions with other programmes belonging to the European Commission such as EL PAcCTO and EUROCLIMA.

“All support for the programme must be inclusive and must ensure the empowerment of women in all its activities” J.M. Santomé, director of EUROsociAL+

To close this first part, Juan Manuel Santomé, director of the EUROsociAL+ Programme and Ana Pérez, coordinator of the Gender Equality Policies area of the same programme, finished with reflections developed by the rest of the speakers, stating that demands for action and reform represented almost 40% of the total action carried out by the Gender Equality Policies area since 2016: “today more than ever we recognise the importance of co-building better policies with our colleagues to reduce gender violence and inequalities between men and women“. Social cohesion must have a gender perspective and include 50% of the population, leaving no one behind, as indicated in the 2030 Agenda.

The voice of experts: EUROsociAL+ an effective instrument that faces new challenges

In the second part of the seminar, four experts from EUROsociAL+ and Ana Sofía Fernandes, vice president of the European Women’s Lobby, took the floor to propose a balance of what was learnt, to help visualise achievements and identify challenges in the field of gender violence from their perspectives. They alternated between presenting examples of instances of successful assistance given in almost all Latin American countries, presenting specific results of some EUROsociAL+ actions at national and regional level.

Eighteen countries in Latin America have categorised the crime of femicide and 13 countries in the region have comprehensive laws on violence against women. Verónica Aranda, a doctor in social sciences and regional expert on the EUROsociAL+ programme, states, however, that this data is not very encouraging since there is a gap between legislative advances to eliminate gender violence (a normative framework defined with CEDAW, the Convention of Belém do Para and objectives set at the 4th Beijing Conference) on the one hand, and the non-implementation of these commitments and/or national laws on the other.

Françoise Roth, a EUROsociAL+ programme expert, international human rights lawyer and specialist in gender issues coincides with Verónica Aranda’s analysis and adds that, in the area of violence against women in that region, EUROsociAL+ has since 2016 contributed to reducing this gap by supporting comprehensive laws that include specific measures that guarantee their application, monitoring and evaluation. The programme also participated in the introduction of mechanisms for evaluating public policies to reduce gender violence.  Particularly highlighted by the expert was the action carried out in Uruguay between 2018 and 2020, in which the Equality Policies Area contributed to strengthening the response capacity of the country’s Attorney General’s Office in terms of access and punishment in the event of femicides. Both experts recalled that, in total, EUROsociAL+ deployed 114 actions during this period, 41 of which corresponded to the line of action on physical autonomy specifically regarding violence against women.

In addition, the actions carried out by the Gender Equality area of the programme not only contribute to strengthening capacities in matters related to femicides, but also include the issue of preventing male aggressors and new masculinities, as pointed out by Heinrich Geldschläger, webinar panelist, as EUROsociAL+ expert and research director of the Conexus association.

Finally, EUROsociAL+ provides technical advice for the production of data, information systems, statistics on gender violence and surveys on the protection, legal and social care of victims, as pointed out during the conference by Maité Albagly, former Secretary General of Family Planning and EUROsociAL+ expert. According to her, the key to the success of the programme’s actions will depend on its ability to continue promoting cooperation between governments, academia and civil society associations.

Finally, during this virtual meeting, Ana Sofía Fernándes, vice president of the European Women’s Lobby, stated, echoing Verónica Aranda’s comments on Latin America, that in Europe there is also a gap between the existence of legal frameworks to prevent and combat violence against women and girls (the signing of the Istanbul Convention, 2017) and the slow or even non-implementation of these agreements (non-accession of the EU in 2020 to said agreement). Ana Sofía Fernándes also addressed two issues closely related to the issue of gender violence: cyber violence and migration, since 30% of undocumented migrant women have been victims of domestic violence in Europe during the last 12 months. According to her, the current crisis is a unique opportunity to rebuild equality and inclusion for both Europe and Latin America.

Bringing together experts and officials from both sides of the Atlantic, this webinar has managed to capitalise on lessons learnt from the Gender Equality Policies area during years of implementation and reflect on the collaboration of EUROsociAL+ with counterpart institutions in Europe and Latin America on the fight against gender violence (reduction of inequality gaps between men and women).

The long-term violation of women’s rights precedes the pandemic crisis and is the cause and consequence of inequalities between women and men. In this context, over the last four years, EUROsociAL+ has proven to be an effective bi-regional cooperation tool in the fight against this systemic phenomenon. This field analysis has made it possible to identify new challenges to overcome in the future, such as the increase in femicides, the need to make new manifestations of violence on the internet visible and to address them, and to continue working in a coordinated manner with the countries in the region.

This event, focused on the programme’s role in the elimination of gender violence, has also made it possible to recall yet again that this issue constitutes a global problem that threatens public health, citizen security, and the physical, political and economic autonomy of women. As Fabrice Mauriès and Juan Manuel Santomé pointed out “We cannot have social cohesion if half the population cannot exercise all their rights”. The European Commission’s Strategy on gender equality (2020-2025), the Generation Equality Forum in 2021, and the legislative proposal to cover specific forms of violence against women by the EU, are hopeful signs.

Access to video “Month of action against gender violence”