EUROsociAL+ contributes to improving access to training in STEM subjects (Science, Technology, Engineering and Mathematics) for Uruguayan women and girls 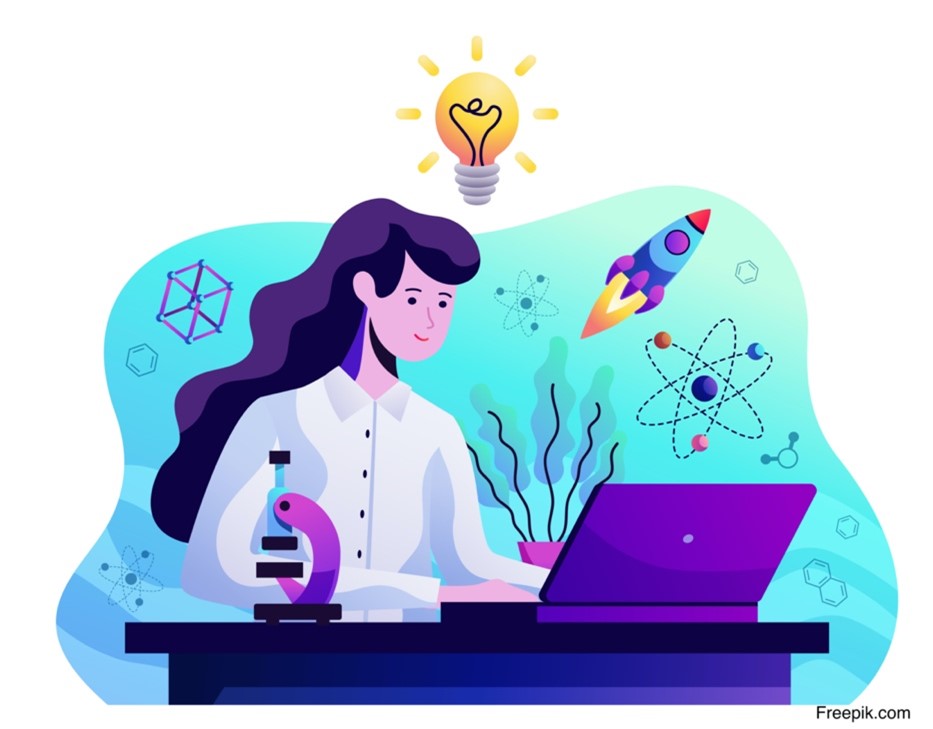 29.3%. It is the global average percentage rate of female researchers.[1] In other words, only one person in five who does research in the world is a woman, and the higher up the ranking the wider the gap. In the field of artificial intelligence where only 22% of professionals are women, this phenomenon is especially visible ([2) In science, as in many aspects of life in society, women have been relegated to secondary roles. Today, 11th February, International Day of Women and Girls in Science, it is essential to recognise the critical role they play in this area and to remember, as Phumzile Mlambo-Ngcuka, Executive Secretary of UN Women, indicates, that “there is still a long way to go to overcome the obstacles that women and girls still face in science”.

What gender gap in STEM careers in Europe and Latin America?

In Latin America and the Caribbean, the average number of women in science is 45.4%. At the same time, Europe has “almost 15 million scientists and engineers in the EU, 59% are men and 41% are women”[3]. If these figures don’t seem so alarming [4] (gender parity almost reached), it must be emphasised that female scientists in most countries are concentrated in the social sciences and in certain areas of the natural or medical sciences and continue to make up a minority in many fields of STEM (horizontal segregation). To make this phenomenon visible, the #NoMoreMatildas campaign was launched in Spain in January 2021. It aims to integrate the female scientists who have been forgotten by history into school textbooks at all educational stages, and at the same time create references that awaken STEM vocations in girls and young women. Likewise, in Latin American countries women are also under-represented in STEM careers. For example, in Uruguay, in 2017, of the total number of researchers in engineering and technology, only 36% were women. A pattern that is accentuated at University. Furthermore, female researchers continue to be under-represented in the writing of scientific articles and at the highest levels of professional careers[5] (vertical segregation).

More precisely in Uruguay, teaching processes have not managed to obtain greater achievements in terms of equality or real gender equity regarding access to scientific and technological careers. Since 2017, in order to face this problem and reduce the gender gap, the area of Gender Equality Policies of EUROsociAL+, a programme financed by the European Union and coordinated by FIIAPP (leader); Expertise France and IILA has successfully supported Uruguay’s national strategy to promote the access of girls and adolescents to different training courses in science and technology, engineering and mathematics (STEM subjects – Science, Technology, Engineering and Mathematics). Indeed, EUROsociAL+ has facilitated the identification of obstacles inherent to the Uruguayan formal educational system (1); fostering affirmative actions to promote accessibility for girls and adolescents to this field of training (2) and supporting the National Public Education Administration (ANEP) in designing a comprehensive plan for promoting the accessibility of and permanence in science and technology training for girls and adolescents (3).

EUROsociAL+ and ANEP, a successful collaboration

In the process of preparing this plan to reduce the gender gap, the EUROsociAL+ expert, Sarah Peers, carried out a mapping study of European programmes on girls and adolescents and STEM subjects. This high added value diagnosis served to identify the experiences of Spain, France and the United Kingdom. In this context, the Scottish experience of working together with families to reflect on the early professional vocation of adolescents, has inspired the scientific training scholarship system in Uruguay.

This comprehensive plan has recently been approved (May 2020), and included in the 2020-24 Educational Development Project and Plan. Therefore, the Uruguayan administration is continuing such efforts, and progress is promising in terms of institutionalisation. In fact, the implementation of the plan has already produced its first results in citizen education. ANEP has created a battery of training resources on its website and has released a list of digital resources aimed at primary and secondary education teachers. In addition, it has constituted a reference group of women scientists, with whom to carry out educational dissemination activities. On 4 September 2020, outreach days were held at the Pando Technological Pole (specialised in biotechnology), aimed at students and teachers.

The success of this collaboration is not only due to the support of EUROsociAL+ in the process of preparing the comprehensive Plan, but also to the support offered by this programme to ANEP to facilitate a participatory process of discussion in its Gender Network, made up of focal points in the 5 Sectorial Councils that comprise it. This discussion guaranteed a comprehensive approach, as well as joint responsibility and ownership among the different educational sectors.

The incidence of stereotypes

Studies carried out in the last decade show that gender differences in men and women’s skills do not explain the gender gap in STEM subjects/careers [6]. Verónica Massa, director of the Human Rights Directorate of the National Administration of Public Education (ANEP) in Uruguay, identifies stereotypes and prejudices as one of the main causes of the under-representation of women researchers in engineering and technology.

Differences between men and women are also observed in their working conditions as researchers. At EU level, the proportion of female researchers working part-time is higher than that of men (13% versus 8%) [7]. Regarding equal pay, there is still a considerable pay gap between men and women in scientific R&D occupations. According to the World Economic Forum, women receive smaller research grants than men [8]. Finally, the systemic nature of this gender gap in STEM subjects is reflected in a final figure: only 3% of Nobel Prizes in science have been awarded to women. As stated by Audrey Azoulay, Director General of UNESCO, it is high time that “we harness the scientific creativity and innovation of all women and girls and that we invest appropriately in the inclusive nature of education, research and development. We have an unprecedented opportunity to use the potential of the fourth industrial revolution for the benefit of society“.

Finally, it should be noted that, during 2021, the EUROsociAL+ programme will continue to support ANEP in the implementation of the Plan so that it can be deployed effectively in Uruguay and can be an innovative practice for other Latin American countries.