Women and “the Hood”

During the post-pandemic recovery of cities in Latin America, a territorial approach must be taken to policy implementation, bringing gender equality to daily life. At EUROsociAL+ we support sustainable urban development strategies to make it happen. 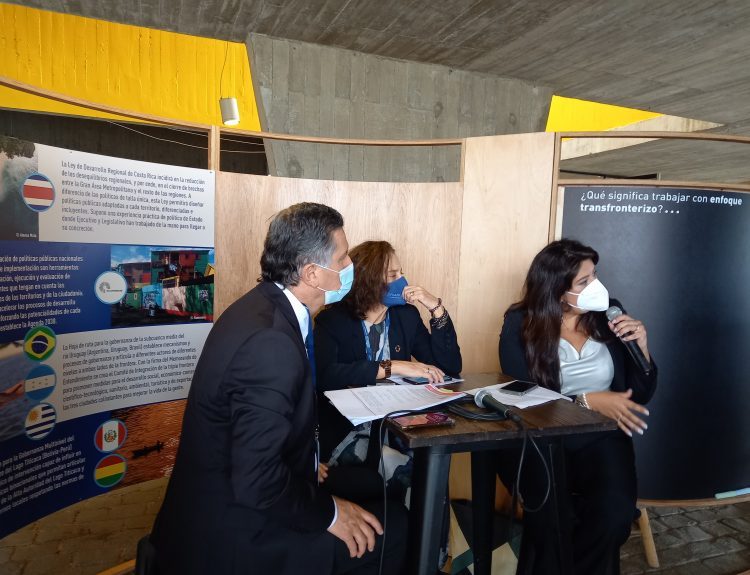 Article by Bárbara Gómez Valcárcel, head of Territorial Development of the Governance Area of the EUROsociAL+ Programme, coordinated by FIIAPP

We already know that the impact of the COVID-19 crisis has not been gender neutral. Restrictions have exacerbated factors that restrict women’s independence, particularly physical autonomy due to increased gender-based violence, and financial independence due to the burden of caring for others. This situation is worse in families where women are responsible for the home, who account for many urban households. This lack of money is connected to a lack of time which, according to the UN-HABITAT report “Gender and Prosperity of Cities” is due, among other factors, to insufficient urban services[1] .

Focusing on the Recovery, from a gender perspective this is an opportunity to promote long-term sustainable investment. It requires a response that is not only immediate, but also cross-cutting and will continue in time. Along these lines, the Inter-American Commission of Women (OAS) together with the Gender Equality of the AreaEUROsociAL+ Programme have identified redistribution of care as a fundamental accelerator of labour participation[2] .

It is also fair to point out that many of the most innovative solutions that have emerged from cities have been piloted by civil society organisations, as is the case of the  Latin America Women and Habitat Network , the private sector and research centres and universities, administrations and local governments. They have brought commitment, innovation, adaptability and resources to the table, going where governments are unable to go.

In this regard, the territorial approach to policy and [3] actions carried out in the context of socio-economic recovery is essential for national policies to provide a framework and support economic development in the territories. However, this approach requires a differentiated consideration of the interests and strategic needs of men and women, with a gender and intersectionality approach that highlights that gender, class, ethnicity and other social categories are interrelated. Therefore, in the best case scenario, territorial development that does not explicitly recognise a gender perspective and social and cultural diversity tends to maintain gender gaps, but, in general, accentuates them.

The New Urban Agenda (NUA)  adopts a cross-cutting gender approach and gives prominence to the rights of women and girls in all aspects of life in cities, by promoting inclusive territorial development that recognises them in their diversity [4].

Considering the social and spatial segregation existing in Latin American cities, it is crucial to consider a territorial approach at the local level in the implementation of policies. This includes identifying location priorities and projects aimed at balancing family domestic time and paid work time, giving a horizon of gender equality to daily life.

Likewise, Urbanismo Feminista also contributed some significant considerations about how cities are organised and how this influences the lives of people, especially women. The objectives are clear and should also influence the Recovery in the cities, changing priorities by making daily life the centre of planning decisions, dehierarchising and depatriarchising spaces and current city planning. Make spaces and cities safe for everyone and free of gender violence. And work based on the daily experience of women, recognising and drawing attention to their experiences and knowledge.

The Democratic Governance area of the  EUROsociAL+ Programme and the Territorial Development line of action supports sustainable urban development strategies, promoting, among other things, the fulfilment of the commitments of Latin American countries with the NUA, always aligned with the Agenda 2030 to effectively guide international public policies.

In this regard, the Central American Social Integration Secretariat of the SICA drew up the Recovery, Social Reconstruction and Resilience Plan for Central America and the Dominican Republic [5] , which we now know as Plan 3R that was approved on the instructions of the Council of Ministers of Central American Social Integration. This contribution from “Governance” was fundamentally in Area 3 on Human Settlements and sustainable urban development. Likewise, and in this area, the Regional Plan for the Implementation of the New Urban Agenda in the SICA region 2020-2036 [6] was prepared (PRINAU/SICA) which has also been endorsed by the Central-American Council for Housing and Human Settlements.

Tropical storms Amanda and Cristóbal, and hurricanes Eta and Iota, which severely battered the region with little time between them, widened the equality and fairness gaps in Central America, exacerbating the emergency caused by the pandemic.

Among the damage caused, that suffered by women was particularly marked, since they were left without resources to run their households and families when their homes were flooded or destroyed.

You might imagine that these events caused many types of devastation in Central America. The plans were devised with the intention of helping people emerge from the crisis. The projects proposed and that make up the Plans take a specific gender approach, considering the different practical and strategic needs of women and men, addressing pre-existing gaps and those generated by the pandemic and climate impacts in all the areas of intervention. The projects ensure equal access to and control of resources and their benefits, and support female empowerment.

However, one important contribution to the proposal established by both Plans is based on putting the neighbourhoods at the heart of the approach to the recovery. One of the projects, the PREMBAI, on neighbourhood improvement, clearly shows the importance of  neighbourhoods in the process of social inclusion and the fight against inequality and urban segregation that have such an impact on women’s lives, as has been shown so often.

According to our expert, Cristina Fernánez, there is an urgent need to broaden our view and think of the neighbourhood as the environment that enables us to implement basic rights within the city, for which we will have to attend not only to the provision of housing, but also to ensure that these houses have the necessary infrastructures, services and facilities. In addition, neighbourhood planning  is needed that takes into account the needs of women, that guarantees equal, safe use of public spaces and, ultimately, that allows access to the opportunities that cities offer for everyone.

In January, the Governance area of the EUROsociAL+ Programme held its grand Meeting on political and social pacts for a new Latin America [7] in the Cultural Park of Valparaíso-Chile, to answer the question “What will Latin America be like in the next decade?  El Barrio was one of its spaces for reflection and co-creation where pacts were established so as not to leave any territories behind, where thinking globally led to acting locally. A space where several voices converged at different levels of government, but in the same direction, trying to improve people’s lives with a local response. Women are the best local assets to achieve this, focusing on daily life and care.