Study presented on how COVID-19 affected transparency in Latin America

The study analyses how the right of access to public information was affected in the early stages of the pandemic, as well as the efforts made by institutions and civil society to restore normality. 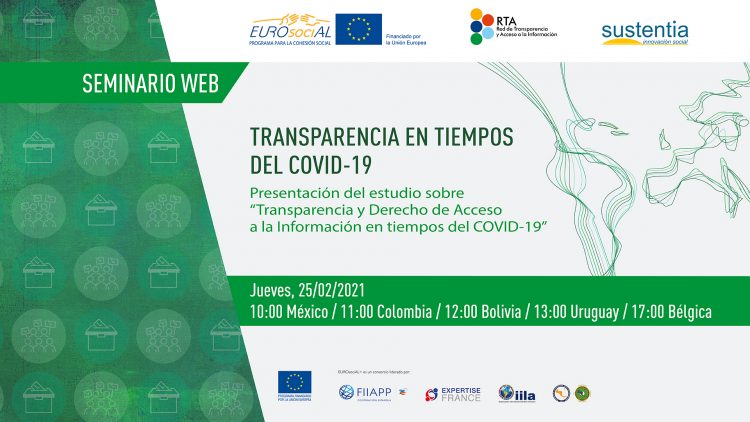 Like wearing a mask or hand washing, transparency has become one more preventive measure. In the face of the pandemic, citizens demanded information about what was happening, the measures that had to be applied to prevent the spread of the virus and about the state of their country in relation to the rest of the world.

For this reason, the European Union’s EUROsociAL+ programme, at the request of the Transparency and Access to Information Network (RTA), which includes the guarantor bodies of 17 Latin American countries and Spain, carried out the study “Transparency, access to information and the protection of personal data in the face of the COVID-19 health emergency” which was presented today at an international webinar.

The report analyses the response of guarantor bodies to the entitlement to information in Latin America. It identifies some measures which have had a greater impact on guaranteeing access to information in emergencies, and includes a series of recommendations so that access to information becomes a key right in accessing health services in the context of a health emergency. In addition, it reflects on which measures are most effective to prevent the risks of corruption in public procurement in emergency situations due to the emergency response procedures to the pandemic.

“If, before the pandemic, in many areas we used to say that the right of access to public information saves lives, and we invoked it as an instrumental right for the protection of others, such as the right to health, with the pandemic, this has become clear: we need information to take better care of ourselves and to take better care of our loved ones” says Gabriel Delpiazzo, president of the RTA

As Delpiazzo explains, during the first moments of the pandemic the right to information was restricted or even threatened. “Later, whilst underway, either because organisations were incorporating the necessary technical means or because of pressure exerted by citizens demanding information that was not being disseminated, that threat was mitigated”. In addition, according to Delpiazzo, there has also been a restriction on active transparency in the daily dissemination of epidemiological data. “The situation in Latin America has been quite uneven; there were countries that fulfilled their task of disseminating information on a daily basis and others that made some attempt to restrict information or, even worse, to provide partial information. Citizens and social networks once again make an appearance, which, by way of their claims, managed to push back against this type of practices which, far from legitimising institutions, significantly undermined their legitimacy”, he says.

This non-transparency also translated into problems in other areas, especially in the emergency purchases of medical supplies “this challenging and agitated situation has opened the door to innovative public policies in terms of hiring, social support, access to health services, among other schemes that seek to disseminate useful and reliable information among our societies”, emphasises Blanca Lilia Ibarra Cadena, RTA Executive Secretary.

Finally, and given the general threat, it must be pointed out that “information allows citizens to participate with their authorities in a concerted manner in actions which enable them to respond to the emergency and, secondly, act in the recovery phases” says Ibarra.

In the opinion of Laure Rogès, Programme Manager on the Directorate for Latin America of the European Commission’s Directorate General for International Associations, “a very positive aspect of this pandemic is that it has shown how strong support is within the global community for transparency and an open government, including within civil society, guarantor entities and some governments, especially in America and Europe. For this reason, we will continue working to maintain this public dialogue and exchange of experiences on how to address the challenges and problems in the exercise of the right of access to information in an extraordinary context, such as the current pandemic”.

Study presented on how COVID-19 affected transparency in Latin America 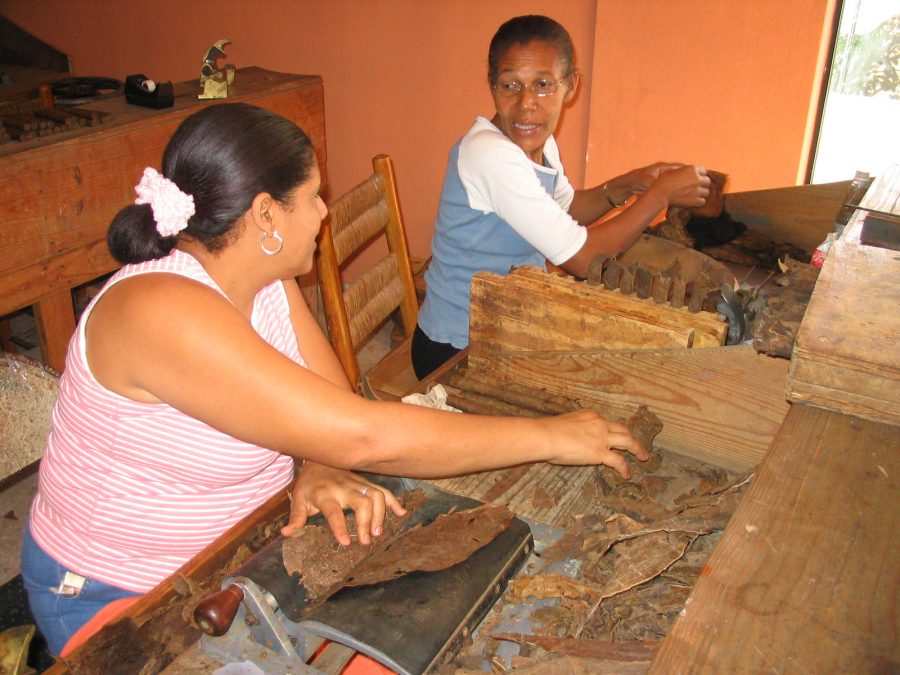 Increasing women’s participation in the labour force in Europe and Latin America: a study on progress and challenges within the context of COVID19 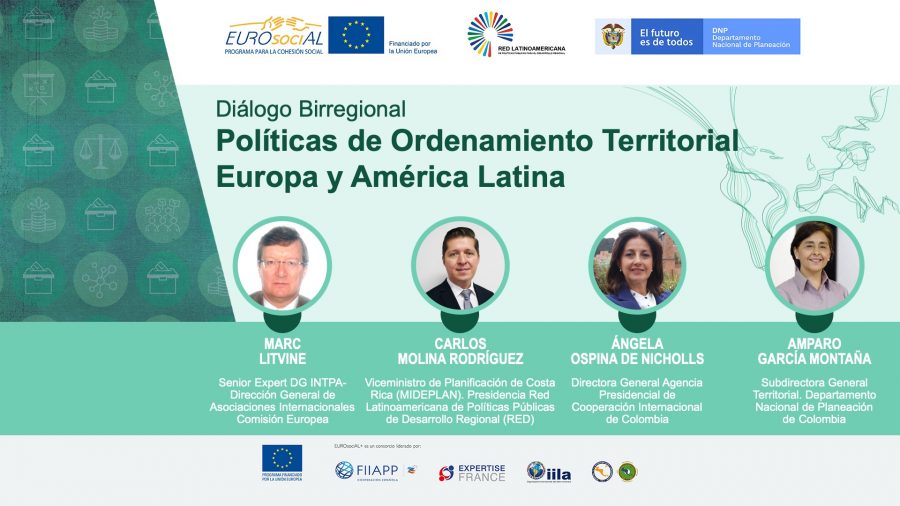