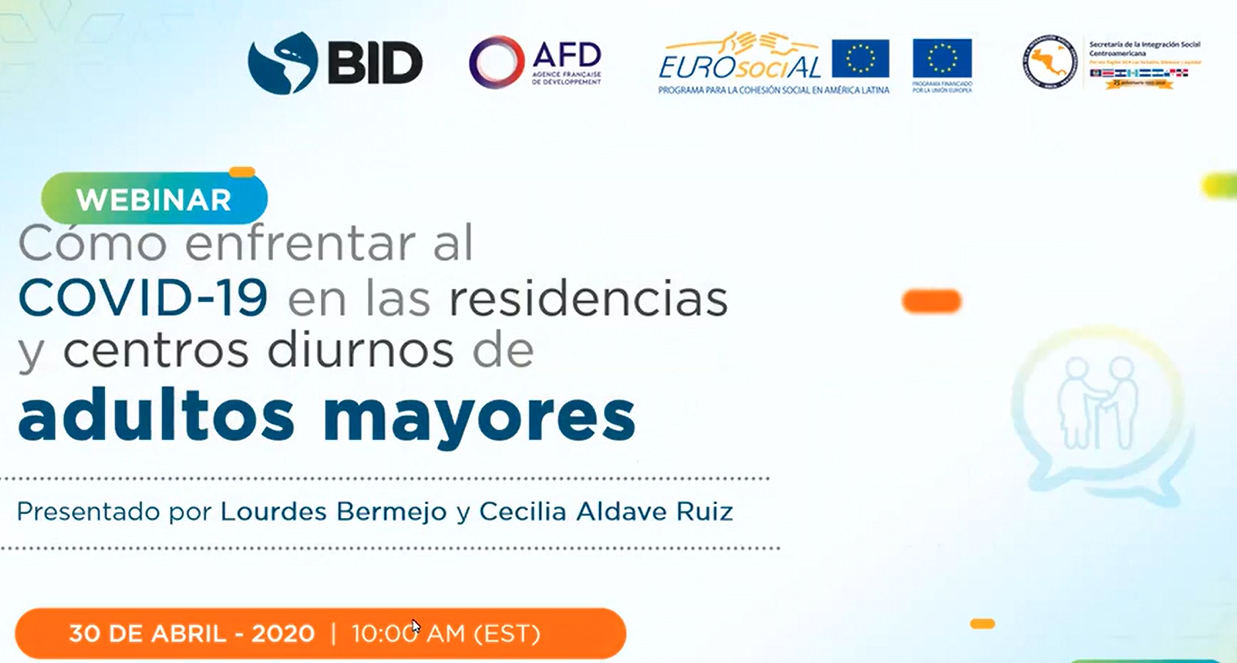 Against the current backdrop of the worldwide expansion of the covid-19 virus, long-term care services for dependent people require special attention. This webinar, which focused on the measures being taken in Latin America, the Caribbean and the European Union to guarantee the right of dependent elderly people to care, was co-organised by the Inter-American Development Bank, the French Development Agency, the Central American Secretariat for Social Integration and the European Union via its EUROsociAL+ Programme. Lourdes Bermejo, Vice President of the Spanish Geriatrics and Gerontology Society, played an active part in the webinar by sharing the European experience. The debate was enriched by the participation of institutional representatives in the sector from other countries from #LatinAmerica, the # Carribean and # Europe.