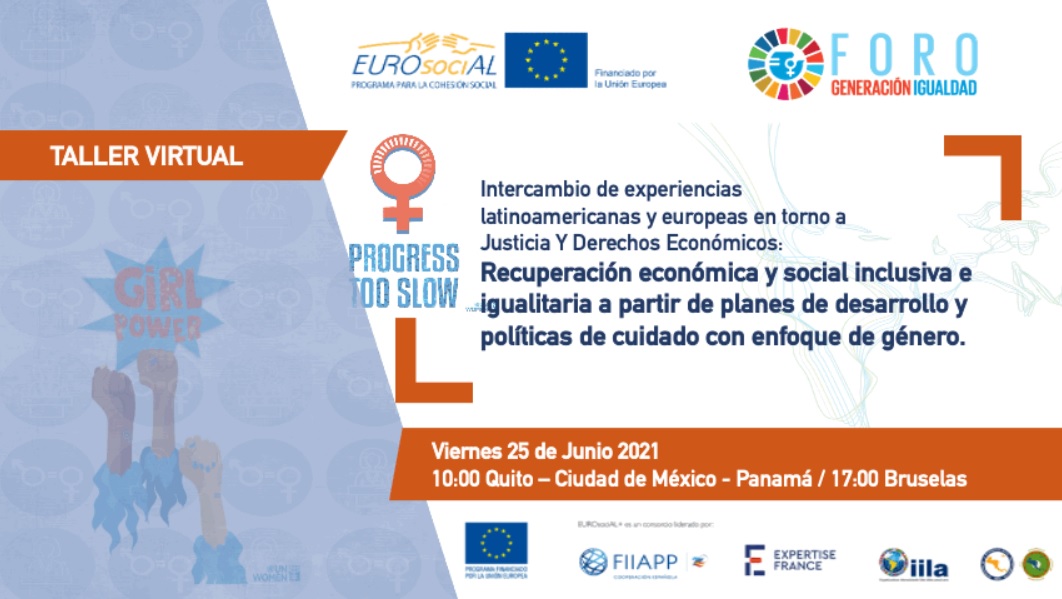 The European Union EUROsociAL+ programme, within the framework of the Generation Equality Forum’s Justice and Economic Rights Coalition, provides a space in which leading coalition countries and strategic actors from different sectors will discuss the gender-focused response measures required to face the current socio-economic crisis generated by the pandemic and to begin an inclusive reconstruction.

This event, the third in a series of four organised by EUROsociAL+, is aimed at civil servants and public officials in the three State Powers from both continents, in addition to civil society organisations, academia, cooperation actors and the private sector, as well as members of the general public who are interested in reducing inequality and the Generation Equality Forum.