Political participation of women in Peru: beyond 50/50 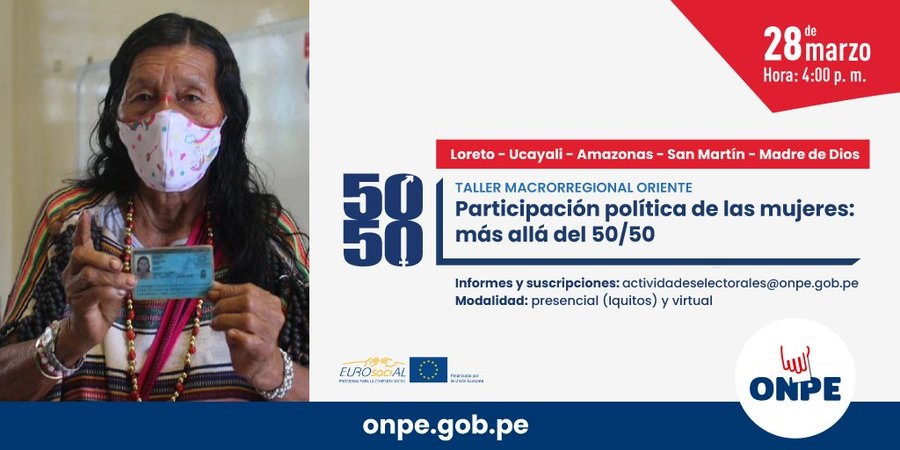 The gender equality policy area of the EU EUROsociAL+ Programme supports the National Office of Electoral Processes in an action to strengthen the political autonomy of Peruvian women and strengthen parity democracy. In January 2022, the diagnostic document “Parity and alternation, advances towards a parity democracy” was presented in the ONPE auditorium in the presence of public institutions and civil society organisations committed to the political participation of Peruvian women. On 21 February, macro-regional workshops began with the aim of generating a culture of parity democracy in political organisations in view of the Internal Elections and the 2022 Regional and Municipal Elections.

Four of the five workshops have already been held: in the CENTRO, SOUTH, NORTH macro-region and in LIMA. This fifth meeting, in the EAST micro-region, will be the last. From this experience, it is planned to create a tool that systematises the experience of territorialisation of parity democracy.