Model Inter-American Law 2.0 on Access to Public Information for the parliaments of the Americas and the Caribbean 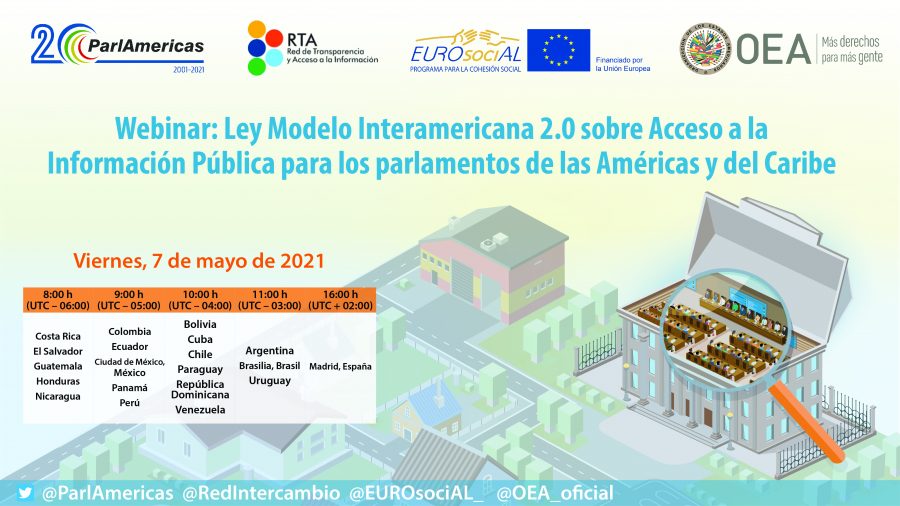 The promotion of transparency and access to information are fundamental principles in the fight against corruption, strengthening integrity and the public’s trust in democratic institutions. As part of these efforts, standards were established taking into account the challenges and good practices of the countries of the region expressed in the Model Inter-American Law 2.0 on Access to Public Information, approved in October 2020 by the OAS General Assembly. The regulations, developed with the support of the EUROsociAL+ programme and the Transparency and Access to Information Network (RTA), incorporate state-of-the-art standards and best practices in the promotion of transparency and the right of access to information.

This webinar, hosted by ParlAméricas together with the OAS, the RTA and the EU’s EUROsociAL+ programme aims to share this important resource with the parliaments of the region, establishing spaces for cooperation between international specialists and guarantor bodies with parliamentary representatives and staff from the legislative powers.