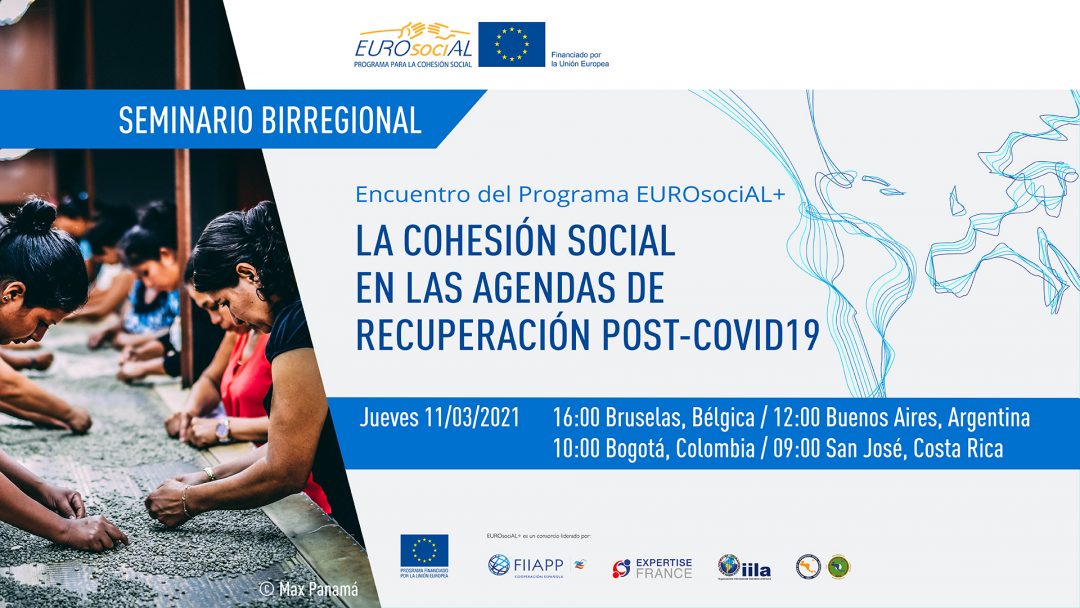 The pandemic has caused a crisis of enormous proportions, although its effects vary from country to country. More robust states, from the point of view of their productive systems and their social protection structures, have better resisted the onslaught wrought by the drop in domestic and international demand.

However, in general terms, along with negative growth, the destruction of companies and jobs, in many national contexts the crisis has exposed pre-existing structural problems and exacerbated inequalities.

This bi-regional dialogue, organised by the EU Programme for Social Cohesion EUROsociAL+, is aimed at addressing the role of social resilience in recovery and reactivation plans in Europe and Latin America, in other words, how such plans connect an economic relaunch with social investment.