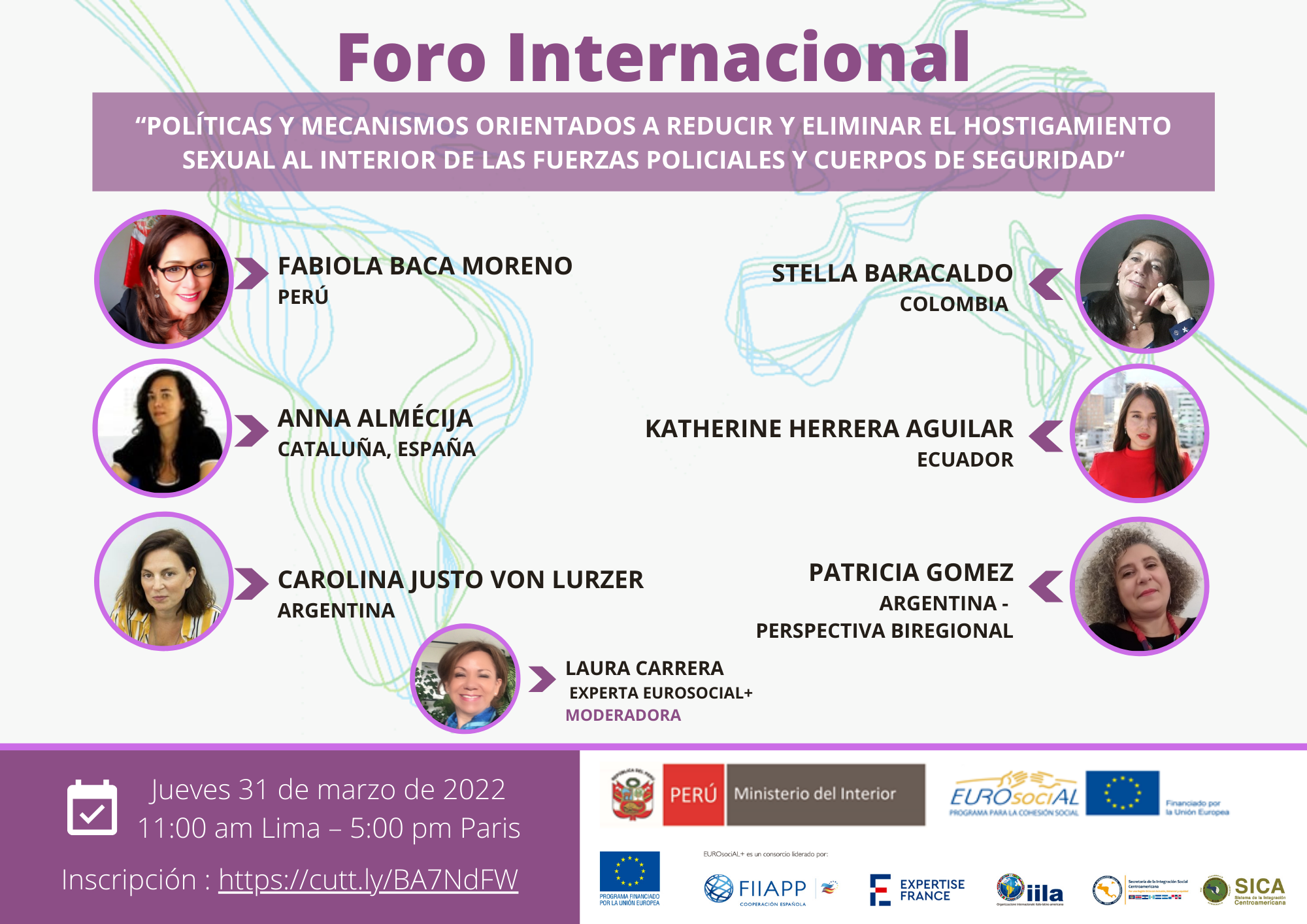 Since women entered the labour force en masse, they have had to deal with a series of difficulties that have challenged their ability to access and stay in the labour market under equal conditions. These challenges have also affected the women who work in the police forces and security forces of the States; therefore, even though their participation is widespread and formally guaranteed, their presence is relatively recent and limited.

Although there is a set of general and special regulations that formally protect the right to equal opportunities between women and men, and that prohibit all forms of discrimination, in practice women, especially those in the police forces, still face a series of challenges linked to their gender, which hinder full exercise of their right to participate and work in these spaces.

Since 2021, the Gender Equality Policies area has been assisting the Peruvian Ministry of the Interior in the creation of a mechanism for tracking and monitoring sexual harassment within the National Police of Peru.

The proposed activities include the present exchange of experiences on good practices in the implementation of policies and mechanisms aimed at reducing and eliminating discrimination and gender-based violence within the police forces and security forces, particularly sexual harassment.

It will be attended by the following: