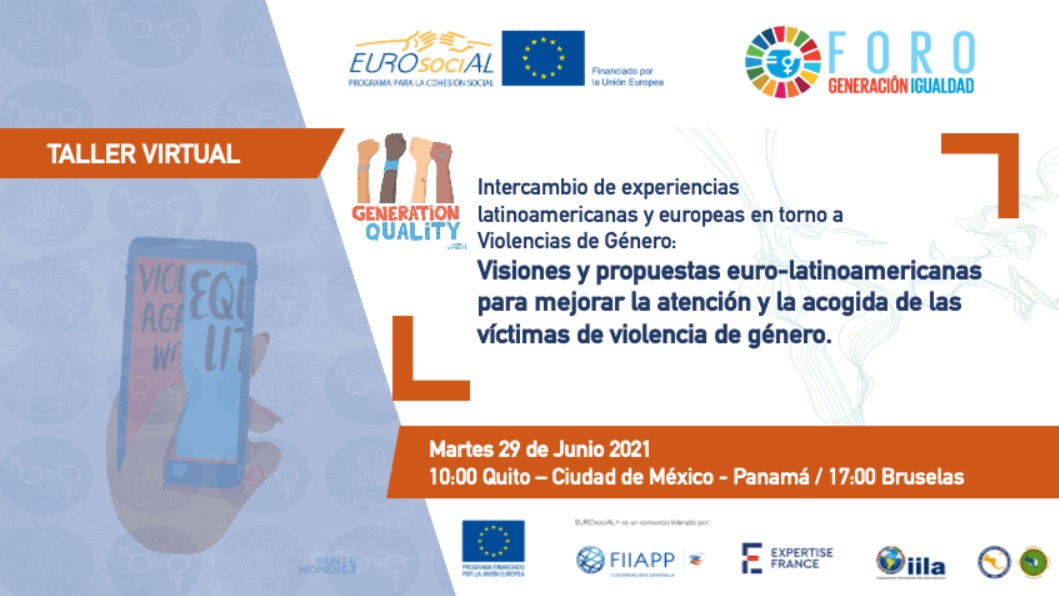 Twenty-six years after the historic Fourth World Conference on Women and the adoption of the Beijing Declaration and Platform for Action, this year 2021 is being held the Generation Equality Forum (GEF) a global meeting promoted by civil society in favour of gender equality, convened by UN Women and jointly organised by the governments of Mexico and France.

The session “ Euro-Latin American visions and proposals to improve the care and shelter for victims of gender-based violence ” takes place within webinars cycle « Dialogues Euro Latin American : from coalitions to actions in the framework of  Generation Equality Forum » organised by Gender Equality Policy Area of the European Union’s EUROsociAL+ Programme.

The main objective of the webinar is to generate a bi-regional dialogue between Europe and Latin America to reflect on and learn about best practices in the provision of care and shelter services for victims of gender-based violence.