Debates on gender, corruption and economic crimes in Europe and Latin America Learnings and cross views between Latin America and Europe in the fight against gender violence 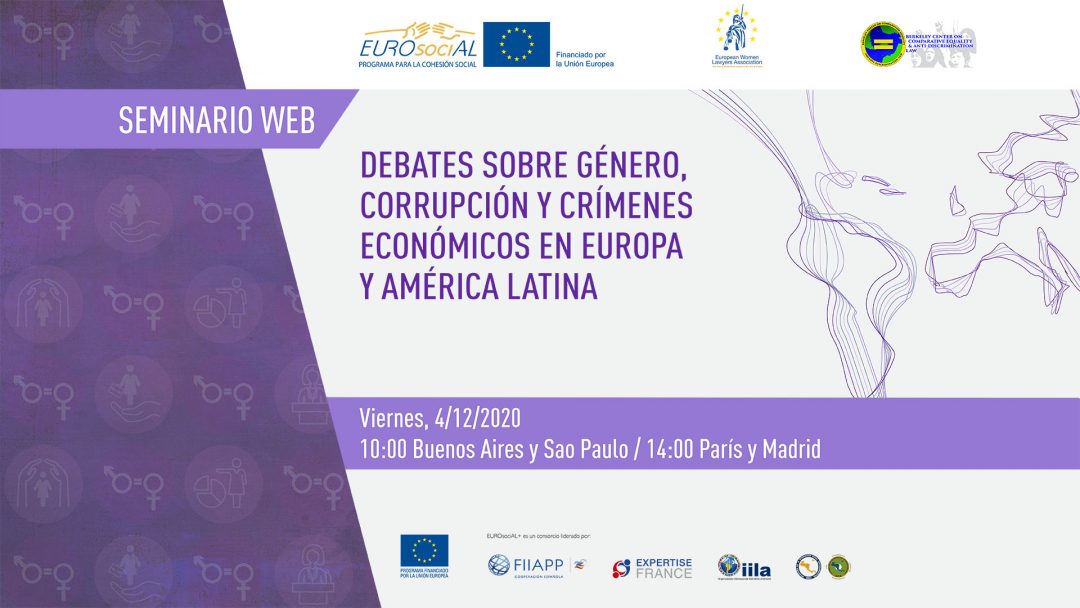 The analysis of the connection between gender and economic crimes – among which corruption stands out – is the centre of this dialogue, which seeks to make visible the direct and negative impacts of corruption suffered by girls and women as a vulnerable population. The debate focuses on the elements that can strengthen strategies and tools for the inclusion of a gender perspective in public policies.

During the sessions, issues such as gender relations within criminal structures and markets were discussed in order to make visible, question and analyse the way in which they operate around systems of collective interaction, thereby generating new questions and inputs aimed at understanding these economic crimes, which include corruption.