Article by Josep Borrell, High Representative of the European Union for Foreign Affairs and Common Security Policy and Vice-President of the European Commission, who spoke at a EUROsociAL meeting in Brussels. 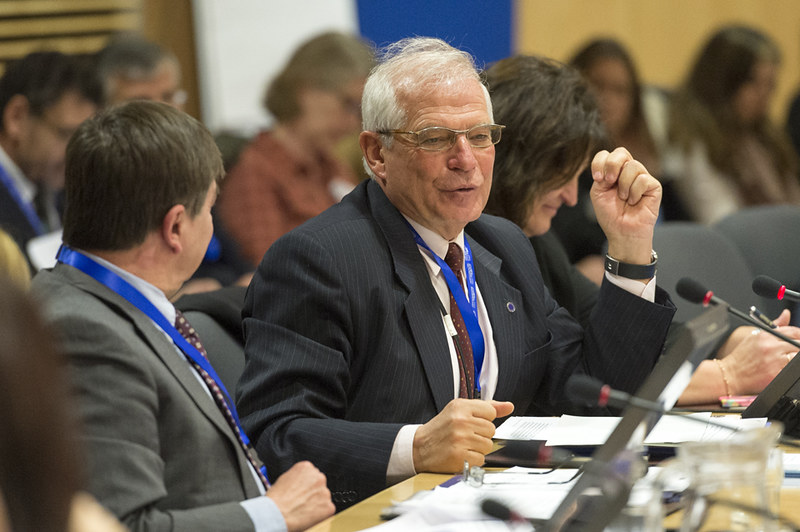 A few years ago, the European Union placed the concept of “resilience” at the centre of its Global and Security Strategy. In a more complex, contested and interconnected world, it was accepted that security and well-being faced new geopolitical challenges and the transnational risks of globalisation. This required strengthening each country’s capacity to fit in and overcome an external shock. This was an objective of our cooperation with developing countries, which were less resilient, but it also challenged an EU that knew it was itself vulnerable to these risks.

Today, COVID-19 is a critical test of resilience for societies, economies and governance around the world. Being a global pandemic, no one is safe, and less still with exclusively national responses. There are undoubtedly different capacities and responsibilities to start with, but without cooperation and mutual support, their impact can be even more devastating for everyone. The EU is itself suffering from an unprecedented crisis. Its health systems are really stretched and it is learning on the go about how to “flatten the curve” of contagion and it is seeking how to provide a joint response to a crisis that, at the same time, has to do with health, economic, social and governance areas. In less developed countries, this crisis is faced with more precarious health systems, and less margin to simultaneously preserve health and economic activity, employment and livelihoods. Here and there, the policy dilemmas of COVID-19 are more distressing where there is less fiscal space, where institutions are more fragile and citizen’s trust in their governments more precarious.

Although to a different degree, in Latin America all this is present. The region was already starting 2020 with an adverse scenario. Since the end of the commodity cycle in 2014, growth rates have been the lowest in the past seven decades; employment and well-being have declined, and poverty has increased.  The Latinobarómetro registered the worst satisfaction rates with the functioning of democracy in the last twenty years. Inequality and differences in access remained enormous, and the region, with its epicentre in Venezuela, was facing the worst migration crisis in its recent history. It has also lost the ability to act collectively, having dismantled part of its regional organisations due to polarisation and political fragmentation.

With these initial conditions, the challenge for Latin America is titanic. Even with drastic measures of confinement and physical distancing against contagion, health systems may collapse at an early stage of the pandemic. Being partly under private ownership, tests and quality medical care are not equally accessible. But the most unacceptable effects of inequality arise in measures to prevent and contain contagion. For those who have to use the crowded metro or minibuses, observing what in Mexico is called “Susana distancia” is not an option. Those who live from day to day, with very low incomes or in the informal sector, cannot afford confinement and inactivity for weeks or months. Migrants are left in a type of labour and legal limbo that impedes their survival. And governments are left without fiscal space to increase health spending, to ensure a minimum income for those who are poor or vulnerable, or to support companies, especially SMEs, so that they can recover after the pandemic. The United States can go to the Fed and finance itself in its own currency. In the EU, the European Central Bank can expand financing options, and contingency loans from the European Stability Mechanism can be used, and perhaps mutual debt. Except for recourse to the International Monetary Fund, which represents an unfair financial stigma, nothing similar exists in Latin America and the Caribbean. Without adequate responses, in addition to the high human cost, there are serious political risks in the region in the face of the rise of far-right forces.

The EU and its member states are already providing support in the area of health, and it has been decided to immediately redirect technical and financial cooperation programmes with Latin America and the Caribbean to respond to this pandemic, with a total of €918 million allocated by the European Commission, and another 325 million from the European Investment Bank. Beyond these resources, where our strategic partnership with Latin America and the Caribbean can be most effective is in the joint promotion of a robust multilateral response. We will work in the G20 and the multilateral financial institutions to ensure there is more fiscal space to avoid health collapse, economic collapse and a serious social crisis. This will largely depend on urgent access to external financing. If absent, some external players may see an opportunity and take advantage of this situation to use bilateral assistance for geopolitical purposes. Nor is it time for widespread economic sanctions, which already had a serious human cost before the pandemic and forbid access to external resources. The IMF and the World Bank have already announced lines of financing and debt relief for the poorest countries, but the middle-income countries burdened by high indebtedness should not be forgotten. There are precedents: in the 2008 crisis the G20 acted with resolve and, at the behest of this forum, the IMF multiplied its capital by four. Today the needs are greater and all existing options must be considered to mobilise more resources.

This is the biggest shock to the global economy since World War II. An effective response will need to mobilise international collective action. The EU and Latin America and the Caribbean – an association of 61 countries – must once again join forces. It is in moments of acute crisis when ties between friendly countries are tested. And this crisis has once again reminded us that our resilience also depends on international cooperation. The only way out of this crisis is together.

Article published in the Carolina Foundation 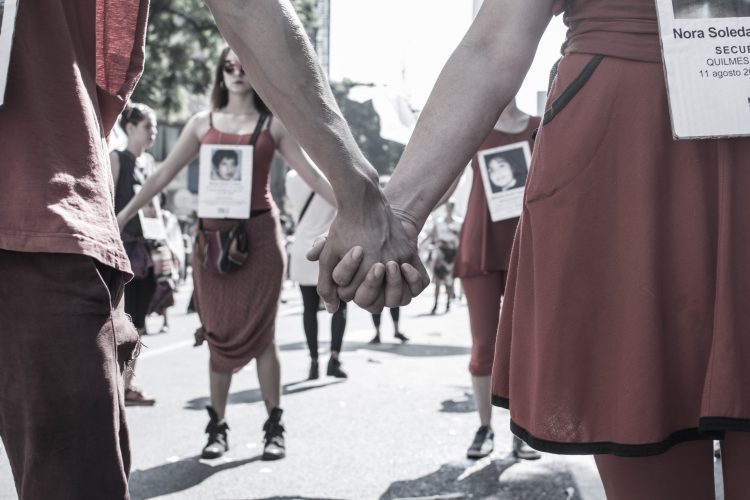 Social cohesion with a gender perspective, key to reducing inequalities 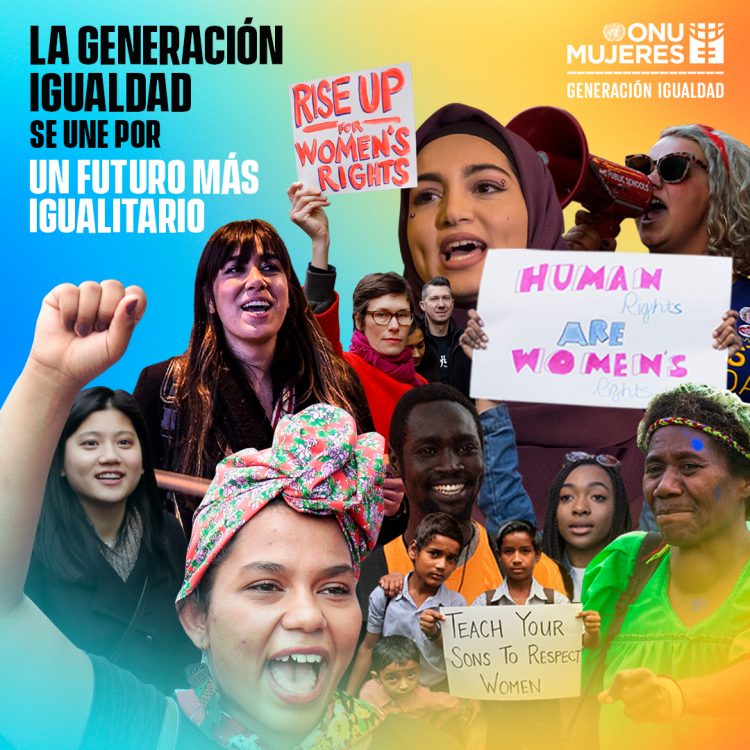 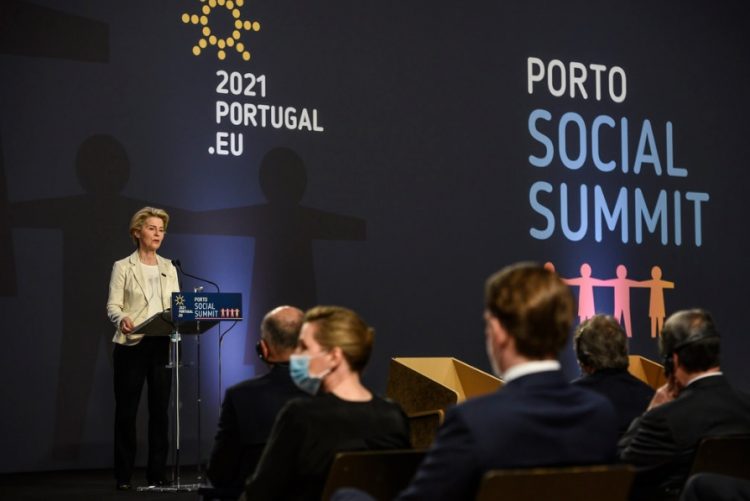