Michelle Volpin, coordinator of Citizenship and Government Institutions in the Legislative Board in Argentina and Manfred Vargas, principal researcher and head of the Access Open Parliament Area in Costa Rica, reflect on transparency standards in the legislative powers of the region and the main conclusions of the Legislative Transparency Index, prepared in collaboration with the FIIAPP-coordinated EUROsociAL+ Governance Area. 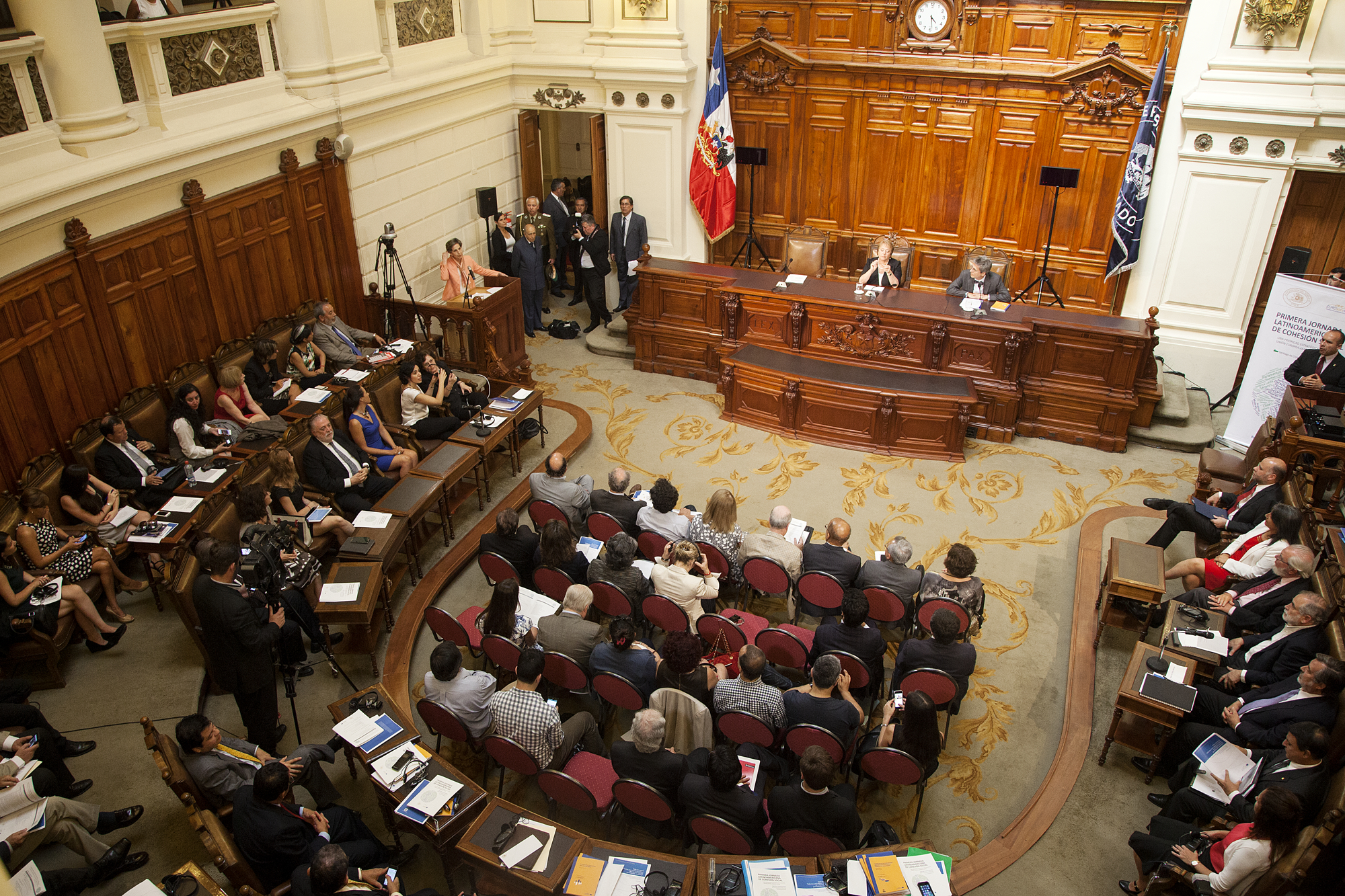 How did your interest in legislative transparency arise?

Michelle Volpin: The legislature is the state power that has always interested me the most, due to its transformative role and its capacity for representation, legislation and control. It is the place where a heterogeneity of voices is expressed, a plurality of views from a territorial point of view. It also seems to me to be a very opaque power – many things that I was interested in knowing were very difficult to access. When I got onto to the Legislative Board, these interests came together and I got involved in initiatives that could open up the Argentine legislature.

Manfred Vargas: As former colleagues from the Political Science degree course, we founded Accesa. Once we graduated, we decided to create an organisation based on initiatives that were taking place in the region, especially those focused on the field of civic technology. We learnt along the way, there was plenty of room to experiment. We were interested in publicising what was being discussed in legislative circles, what the positions of the different parties were and what role people can play in legislative processes. This is how we began to develop creative and innovative projects to promote citizen participation.

How can bridges be built to reduce the gap between citizens and legislatures?

Michelle: I believe that in local governments the dynamic is different, as there is a closer relationship between representatives and the people they represent. In the case of the National Congress, there is a distance and, in order to bridge it, Congress has to move forward. The advances of the last few years are interesting, but there is still a long way to go. However, I am going to defend the entity, legislatures are not the power which is most opaque, I think the judiciary is much more opaque. Legislatures have a long way to go, but they are not the last to get there in terms of transparency.

Manfred: Values of trust in the legislature in Costa Rica are similar to those in the region and are connected with low party approval ratings, since the Legislative Assembly is the main space for political party institutional action, after all. I also believe that there are people who do not understand the nature of the Legislative Assembly, which is a deliberative space. Decisions are expected, but the Assembly requires deliberation, a search for consensus. It is a slower process than people would like, especially when it comes to a multi-party congress such as our case, where there is not a majority. There is also a sense of not being pleased with those who represent us. A closed list is chosen, which makes the people who arrive at the Assembly a surprise, except for the first names on the list. The people’s perception is also made worse by the presence of a number of deputies who poorly prepared.

What is missing for people in order that they might use these new tools of legislative transparency?

Michelle: We must ask ourselves who is at the table and who is not, why they are absent and if we could do something to invite them or build incentives so that these people feel called upon. This is one of the biggest challenges we have. Civil society organisations do not represent citizens, we are a kind of civil society actor. There is a critical mass of citizens in the region who are expecting more from their governments and their congresses and who might not be organised. One of the foundations of an open parliament is participation. We need strategies for different actors, to be more comprehensive in terms of participation strategies.

Manfred: It is all well and good that a Congress broadcasts sessions online; however, an ordinary citizen is not going to spend three hours watching them. That is why the role of mediating organisations is so significant. People do not really have a detailed knowledge of what is happening in Congress, what is being discussed, what the positions of the parties are, because the parties themselves are unclear. Costa Rica is an established democracy, but it is not particularly participatory. There’s nothing wrong with making information transparent, opening up spaces, but, if this is done through isolated initiatives, they are not going to arrive. Ecosystems are required in which governments have a leadership role, but which are accompanied by the management of more intense networks, both formal and informal, involving academia, civil society, the media, that allow for the recycling of information and the development of more ambitious initiatives. One thing is what a civil society organisation can do and another thing are the possibilities that emerge if alliances are put together to reach different audiences. Organisations that focus on open government or an open parliament are scarce, but there are many other organisations that can benefit from these initiatives for their objectives, for their audiences. Nevertheless, it is difficult to generate that link.

Michelle: There are a lot of organisations in the region working on parliamentary monitoring, getting to know the obstacles to accessing parliamentary information at close quarters. Many organisations encountered similar obstacles to doing our work and we saw that there was space to occupy. I believe that the Network has come to occupy that space. From civil society, we have organised ourselves online, we have built a methodology, we have critically reviewed it over the years. The Latin American Legislative Transparency Index is a tool that allows us to measure countries in a comparative way, to see how they evolve over time and make specific recommendations and allowing us to contribute our knowledge as social scientists. The goal is not to be the solution, but to be part of the solution. We carry out a very honest dialogue online in relation to good practices, but we also share what has not worked, what was difficult or what was done to overcome aspects such as resistance to digitisation, for example.

Manfred: For us as an organisation, having the support of the Latin American Legislative Transparency Network is extremely important because it confers more legitimacy on what we do in Costa Rica. The Latin American Legislative Transparency Index is the best example of this. It is a rigorous instrument, collectively built and updated within the Network, which not only enables the current situation of parliamentary openness in the region to be assessed, but which also provides the tools that promote reforms and significant changes in each Congress.

What would you highlight in the new survey regarding the Legislative Transparency Index that has recently come to light?

Michelle: As a result of the pandemic, these are very critical times. Institutions are in jeopardy, having to show results in an unprecedented situation. However, with regard to legislatures, the pandemic acted as an accelerator of processes which have to do with transparency and the functioning of legislatures. There are always those who will be discontent with the Index’s results, but in part that is also healthy from a collaborative point of view. Many of our organisations have appeared in the media to say good things of the legislative advances made during the pandemic. We compile information, but what matters most to us is the path shown by the Index for the region and for each country. This effort of review and the inclusion of recommendations show that, beyond information, we want to build and move forward.

Manfred: While it is true that this updated version of the Latin American Legislative Transparency Index pushes for an even higher standard, which may have had an impact on the scoring decline for many countries, including Costa Rica, this also tells us that many of our Congresses have, in recent years, been stuck on issues of legislative transparency, when they have not regressed. Congresses must lead by example and, just as they are the main organs of political control of government authorities, in the same way they must be role models in terms of transparency, accountability of accounts, participation and ethics. This obligation still does not seem to have taken hold, but we hope that, with this new Latin American Legislative Transparency Index survey, the most rigorous and exhaustive to date, the situation may begin to change. 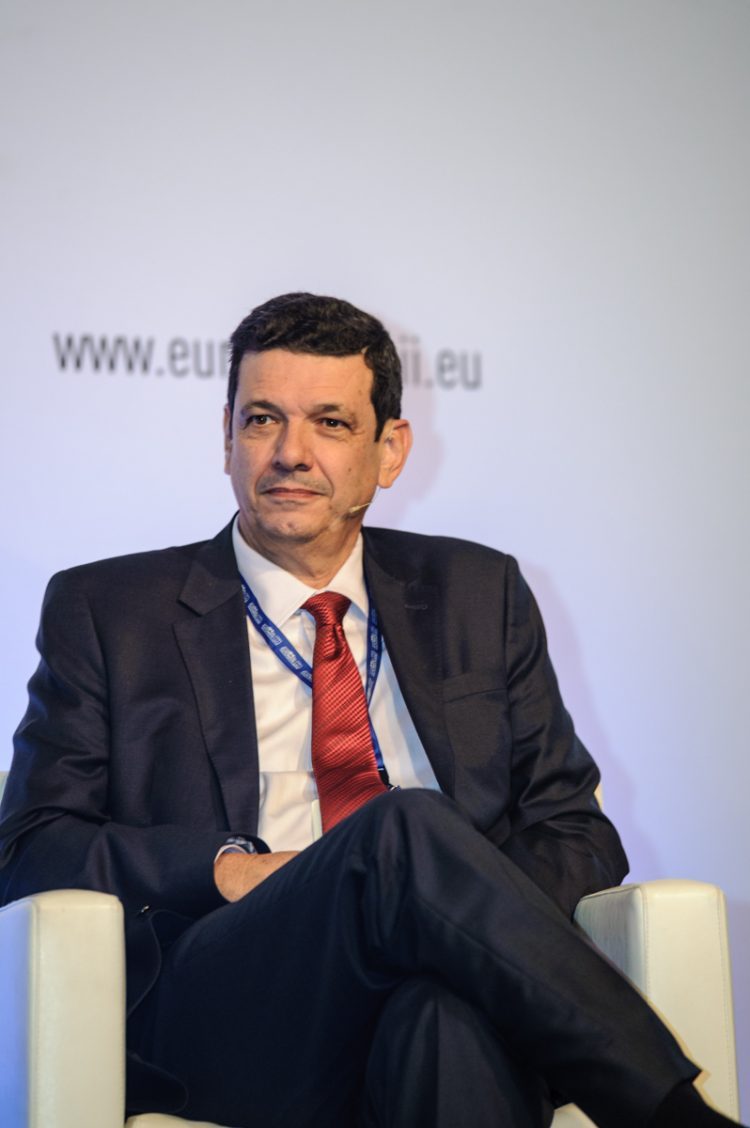 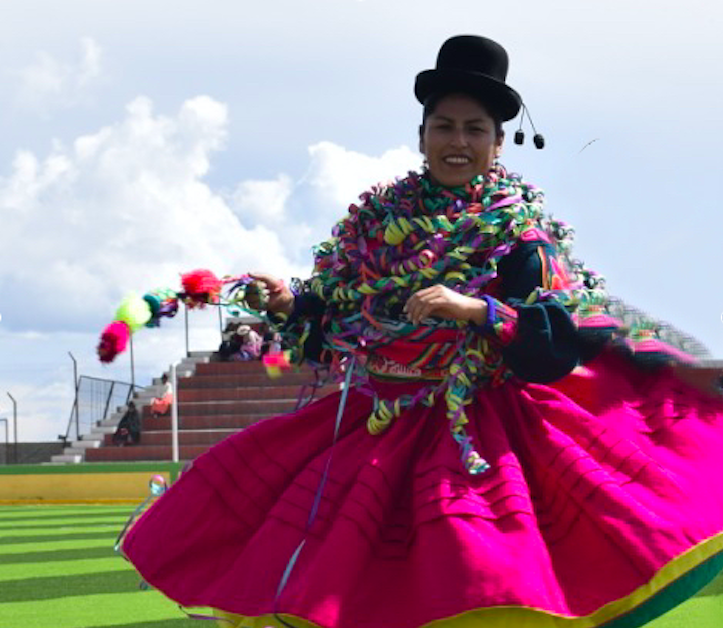 Lake Titicaca represents life – without water there is no life
EN