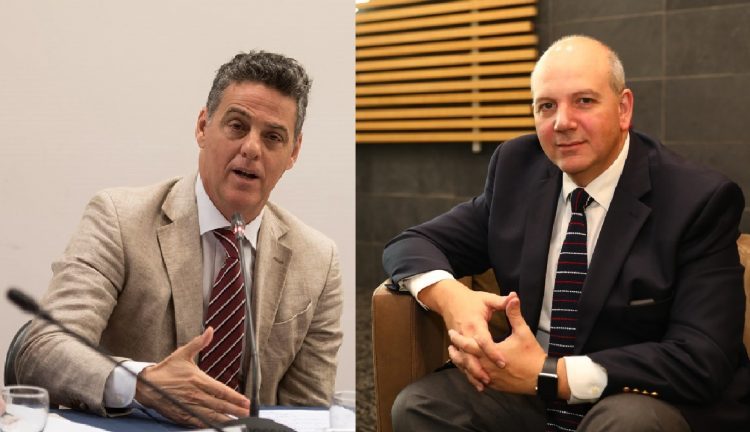 EUROsociAL+ (Es+): To understand the importance of exploring this relationship between corruption and human trafficking for sexual exploitation, let’s start by asking the question: how does this phenomenon manifest itself in Argentina? What, in your experience, are the most common modalities?

Marcelo Colombo (MC): Trafficking is linked to the phenomenon of transnational organised crime and when one talks about this issue, one cannot fail to see the relationship it has with the corruption of public officials.

We managed to identify the largest number of cases of corrupt officials at the place of destination of human trafficking for the purposes of the sexual exploitation of persons. We see it as rings of protection, thus, a first ring of protection is represented by the police forces and the inspection forces of each of the jurisdictions or municipalities where the place is located. The officials reach an agreement with the traffickers so that the place of sexual exploitation can function without a stop being duly put to this illegal activity.

A second ring of protection occurs in the judicial sphere and in the political sphere. We had a case of a federal prosecutor protecting three or four places of sexual exploitation. Precisely because he had a previous almost corporate relationship that was, we believe, current at the time of exploitation, with one of the former gendarmes and strongmen of that place’s Gendarmerie.

There are also very powerful rings of protection, such as those related to economic power which have a decisive influence on already established systems. That is why the detection of corrupt acts cannot be left only to the municipal police or the municipal inspector who failed in his duty, because they belong precisely to a system and a protection scheme that works upwards in a vertical manner. Therefore, it is also important to look for the “big fish” in such corruption.

Sergio Rodríguez (SR): The corruption of public officials is necessary and decisive for the start, development or maintenance of large human trafficking organisations. An illicit organisation of this size cannot come to fruition without the contribution of the official part which facilitates or permits the maintenance of these organisations. The highest volume of cases in the Attorney General’s Office is actually to be found in the security forces. We noticed this in the Argentine Federal Police, for example, when due controls are not carried out or are undertaken with a corrupt boss, allowing activities that are totally prohibited in exchange for money in nightclubs or in brothels, among other things. We are also observing irregular illegal manoeuvres in what are migration areas where minors are allowed to enter without the corresponding permits or authorisations or they “turn a blind eye” to falsified documentation.

Es+: The differentiated impact on women is even more evident when it is understood that the facilitation payment is made through sexual favours that the victims are forced to pay. To what extent do you consider that this phenomenon occurs in your country?

MC: The official who knows that women are being sexually exploited sometimes collects a monetary payout, but other times also collects by way of a sexual service or favour. This is a key component in understanding the corruption problem associated with human trafficking, which affects women and girls differently.

So-called sexual favours provided to public officials are really sexual impositions on women by their exploiter in exchange for protection, and it is something that I would say occurs in 100 percent of cases in the brothel system.

In this sense, there are some very interesting vital cross over points which are beginning to emerge from this approach, to which we have been alerted by this EUROsociAL+ initiative, and which I think will help us to detach ourselves from our own prejudices and preconceptions when we approach one of these cases.

It is important to generate a manual to identify them and for the operator in charge of the investigation to be able to ask about these aspects when, for example, he has to question a victim of trafficking. We are beginning to systematise all these implications in this work with EUROsociAL+ and it seems to me that they are extremely revealing and innovative and that they will lead to increased efforts being made in judicial investigations.

SR: Our society is totally patriarchal and its different sectors have made this issue the norm. We must break with that.  Here in Argentina, we have been doing it for a long time with the creation of the Human Trafficking Office in the Public Prosecutor’s Office. ‘Sextortion’ is not classified as a crime in its own right under our Penal Code or our penal laws, but it can be classified within the scope of other penal crimes, such as bribery. But there is no doubt that, based on all this work and all this experience, we should promote specific legislation in a criminal law reform so as to include this behaviour as one of those classified as a criminal offence because extortion not only occurs in cases of people trafficking, but also in other circumstances where the powerful exercise this behaviour over the weak, in this case generally women, adolescents or girls, granting something that to which they are entitled by right in exchange for a sexual favour.

Es+:  Important points that stand out. What is being done?  What can be done from the Public Prosecutor’s Office to combat this type of crime?

Starting from the joint viewpoint of corruption and trafficking, in our Public Prosecutor’s Office, we are working together with EUROsociAL, motivating people with workshops, for example, with a workshop that was carried out regarding the situation in the triple border area with Paraguay and Brazil, and at the same time developing different tools.

As a result of these collaborative processes, we are drawing a line for all the attorney generals who comprise the organisation, so that from the beginning they tackle trafficking cases from the perspective of the possible existence of corruption and, above all, in the case of large organisations, they do not lose sight of the issue of money in as far as tracing assets and the routes money takes, since behind administrative corruption and human trafficking there is always an economic purpose.

Likewise, we want to work from the legislative point of view on two determining issues: the protection of whistleblowers and the criminalisation of sextortion. We also have an anonymous tip hotline for issues related to human trafficking. It does not only mean setting up a free line for whistleblowers, but then knowing what to do with that information; how the operator who receives the complaint systematises and analyses it and how to be prepared from a legal and specialised perspective.

MC: These things that Sergio mentions are very important and I add that there is also no specialised programme for the protection of victims of trafficking because they fall under a general witness protection programme and, of course, a programme that responds to their specificity would be very important.

The classification of sextortion seems to me to be a very good idea, because beyond the fact that today one can include sextortion in other types of legal classification, it is symbolically a very strong message that allows us to tie corruption to gender and with no excuses from those who do not make this link between what sextortion is and what a gift is: When it is criminalised, there will be no excuses for not making such a link. I am fully aboard with that.

There are several things that can be improved in the region, one is the joint investigations of the two prosecutors’ offices and we are doing this from within the framework of AIAMP; the two prosecutors with different or complementary views on this phenomenon of corruption associated with trafficking can work together and can seek paths that were not seen before. For this, it is necessary to strengthen training so that operators can ask an anonymous complainant in a case about the influence that police protection, the protection of public inspectors or political protection can have. For example, if an anonymous whistleblower calls then the operator has to be very well trained to ask all the appropriate questions because afterwards they will not have the opportunity.

On the other hand, in many prosecutor’s offices in the region they do not specialise in trafficking, but in organised crime, and therefore, these units (as is the example of Chile) can be a place or act as a framework where prosecutors specialised in administrative corruption offences and prosecutors specialised in trafficking can work together in a coordinated manner within the same Ministry. This is something that we are also working on in the Ibero-American Network of Prosecutors against Corruption and the Ibero-American Network of Prosecutors against Human Trafficking and Migrant Smuggling – RedTram of the Ibero-American Association of Public Prosecutors’ Offices (AIAMP) with the support of EUROsociAL+. I think that our route will become clearer as we keep these two viewpoints in mind, and we will obtain better results.

Es+: We can see that there is a long way to go in this matter. How is this experience with EUROsociAL going and how is its coordination in the AIAMP going?

SR: Corruption is a transnational phenomenon as is human trafficking as well, therefore, a simple border cannot prevent the investigation of an act of corruption or human trafficking that spans several countries. In the region we have common denominators and therefore the way to attack these scourges or to prevent them is the same, it is only necessary to standardise, develop common programmes, action protocols, good practice guides and this is really what we are doing among the networks of specialised prosecutors of the AIAMP and the EUROsociAL+ programme, and I really see it as very positive. In the year and a half that we have been working on the subject, a lot of things have been achieved.

Today all the public prosecutors in the region are talking about the trafficking and corruption phenomenon, it is already on the agenda, and as such all of us who are part of these networks are working specifically to see what we can do to achieve better results.

The workshops from the EUROsociAL+ and AIAMP perspective are very important to be able to locate these common denominators, and to see the programmes and best practice guides we are carrying out. We have a protocol project, best practice projects and, once we manage to standardise this in the AIAMP, in the two networks, once the interconnection that needs to exist between the two networks is fluid and natural, at that point we will have achieved the objective.

MC: The professionalism, leadership and commitment that EUROsociAL+ has regarding the subject fills us with enthusiasm. Also, we are encouraged by the fact that we have an alliance between RedTram and the Anti-Corruption Prosecutors’ Network and can put ideas into practice such as joint investigation teams within our regional office, the creation of a grid of corruption episodes in a trafficking process, and that we are consolidating a tool so that all of us can fill in information on trafficking cases with a corruption component.

ES+: Thank you for giving us these two viewpoints regarding the World Day Against Trafficking, which are making a central problem visible, which to date has scarcely been addressed. 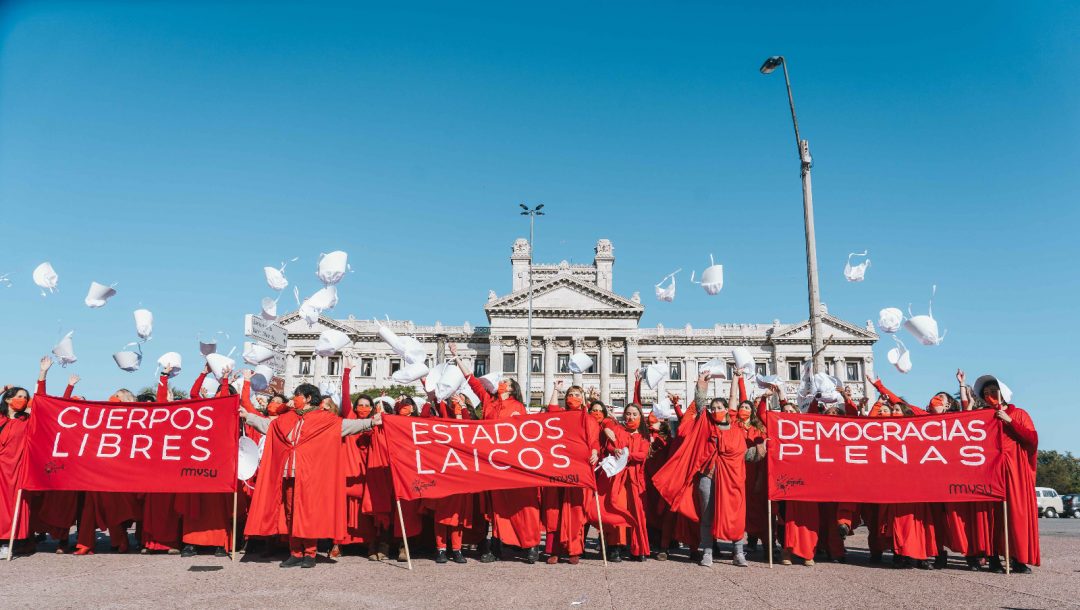 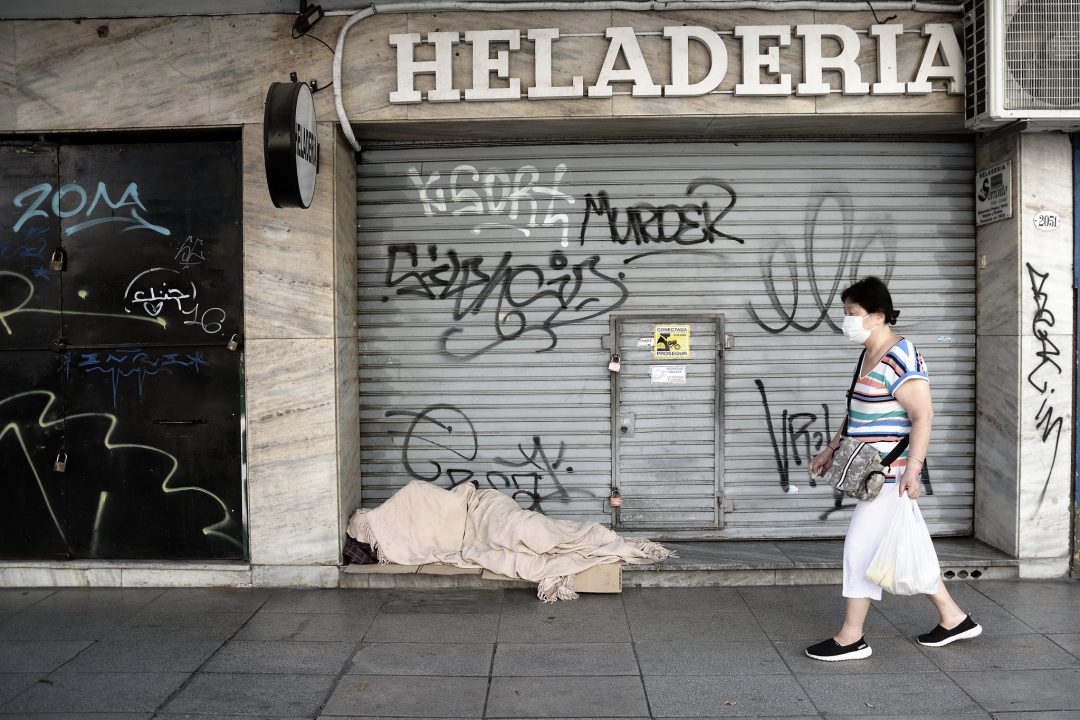