We interviewed Jorge Bermúdez, Comptroller General of the Republic of Chile 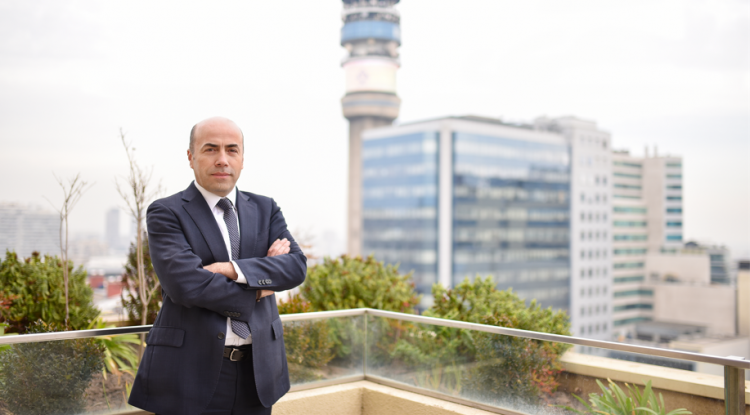 Why did Chile and the Comptroller’s Office need an Anti-Corruption Strategy?

Chile has quite good transparency indicators in comparison to the results across our region and at a global level. However, the fight against corruption is like riding a bicycle – if you stop pedalling, you fall off. That is why it is important not to relax. We need to constantly innovate in order to develop better anti-corruption mechanisms.

In 2020, the Comptroller’s Office published its “Radiography of Corruption”, the result of a comprehensive study which included a consultation involving over 16,000 people, in which 85% indicated that this office was the institution that was leading the fight against corruption in the country. These results pose two challenges for the Comptroller’s Office. Firstly, it is important to emphasise that we are not the only entity in charge of this task, as in the Chilean system there are other institutions that also have a role to play in the fight against corruption. Secondly, while it reflects people’s high expectations regarding our role – a show of trust in the Comptroller’s Office – it brings great responsibility with it.

For this reason, following the best international practices of the United Nations (UNODC), the OECD and the International Organization of Supreme Audit Institutions (INTOSAI), we have developed a participatory National Anti-Corruption Strategy to draw up a roadmap through which the Comptroller’s Office might improve and direct its contribution in the fight against corruption in a more strategic way. In this strategy we have also created a space for coordination between multiple anti-corruption institutions, developing a plan with a long-term perspective to permanently strengthen integrity in Chile.

What would you highlight about it in terms of the process and the proposals that have been suggested?

Regarding the process, the team set out to follow high-level methodological criteria that would ensure broad participation with a decentralised approach, listen to people from different regions within the country, implement a gender approach, promote parity among the participants and include groups that are traditionally under-represented in this type of participatory processes. For example, dialogue sessions were held with people from indigenous peoples, representatives of people deprived of liberty, sexual diversity groups and people with disabilities.

As far as the proposals are concerned, the Strategy is structured around three pillars: “A Good Administration”, to strengthen the capacities of public institutions, “Protection of public resources”, to ensure that public money is spent correctly and “Integrity and Democracy”, to highlight the direct relationship between public integrity and democracy and to strengthen civic respect.

The Strategy proposes 25 measures that address a wide range of issues from care for the environment to the incorporation of the gender perspective, including the protection of those reporting discrimination, the strengthening of public ethics and higher levels of transparency for the different organs of the State, highlighting the cross-sectoral approach that the fight against corruption requires.

How does this work demonstrate the role that Comptrollers can play in the fight against corruption?

At an international level, comptroller’s offices and Supreme Audit Institutions (SAIs) are not normally bodies that have the fight against corruption among their direct responsibilities. However, in recent years, given the decline in people’s confidence in governments, they have been taking advantage of the independence that they enjoy to increase their role in ensuring accountability and transparency. These are two areas that are usually found among the responsibilities of an SAI and that directly affect public integrity and the strengthening of democracies.

The best example of this is that the recent United Nations General Assembly Against Corruption (UNGASS) held last June in New York approved a political declaration that highlights the role that SAIs can play in this issue. Paragraph 5 of the resulting declaration outlines how these institutions can promote integrity, accountability, transparency and the efficient use of public resources.

Similarly, the International Organization of Supreme Audit Institutions (INTOSAI) has worked to promote SAIs as platforms in which members of the public, private and civil society can meet to join forces in the fight against corruption. The National Anti-Corruption Strategy of the Chilean Comptroller’s Office makes it possible to put this into practice and demonstrate through concrete actions the enormous value that SAIs have in providing technical, objective and independent information on the use of public resources, as well as in the creation of alliances to prevent corruption.

What is its relevance to the constitutional process?

This is a historic process in Chile as, for the first time, the people have elected a constitutional convention with equal numbers of men and women to write a Constitution that lays the foundations for life in society and distributes power with a democratic, republican criterion. For this reason, the Comptroller’s Office has been especially careful in upholding the independence that the Convention has, supporting its operation only where requested.

The National Anti-Corruption Strategy can therefore be a relevant input for the discussions that the Convention will undertake. The ideas that the document considers are those that people themselves have raised and which could be very useful in the work of the Constitutional Convention.

How do you assess EUROsociAL+’s support for the initiative?

For the Comptroller’s Office, it is essential that it carry out its work to the highest possible quality standards. EUROsociAL+’s contribution has given us an international perspective, including the perspective of civil society, as it also includes the participation of Chile Transparente, the Chilean arm of International Transparency.

Specifically, the incorporation of a gender perspective, the improvement of whistle-blower protection systems and the establishment of national and international alliances to tackle corruption were important contributions to our work thanks to the support of EUROsociAL+. At the same time, the backing provided by EUROsociAL+ represents international support for the role that the Comptroller’s Office plays in strengthening public trust and consolidating ethics as a cornerstone of democracy.