The region is beginning to strengthen its anti-corruption policies with the incorporation of a gender perspective and the development of specific tools to combat a scourge that affects the female population differently when the victims of crimes such as human trafficking or sexual extortion in exchange for social services.

Corruption is not neutral. It has different effects on women and girls in Latin America, who experience corrupt practices more frequently and in specific ways because of their gender and their vulnerable situation. These are criminal acts that are often buried because of the difficulty in reporting them. Sometimes such practices are considered the social norm or are not even classified as corruption. At other times they go unpunished due to a fear of making a complaint, distrust of the authorities, a lack of awareness of this issue or because cooperation between the institutions fails.

Corruption has many faces. Court officials or police officers who demand sexual favours from women in exchange for helping them or their families with regard to procedures being conducted by their offices. University teachers who ask their students for sexual exchanges if they want to pass. Police officers paid by prostitution or human trafficking networks to look the other way or even actively collaborate. Prison guards who allow girls and women to be brought in to be exploited sexually by the leaders of a criminal organisation. Some of these behaviours could be considered ‘petty corruption’, but others are part of a systemic phenomenon. In other scenarios, power allows officials to control and take over the criminal activity itself.

There are specific cases, such as that of Juana, a girl kidnapped and forced into prostitution on a rural farm. A police officer in the area was looking out for the interests of the business and guaranteed the conditions for the detention and subjugation of the girl, taking advantage of her vulnerable situation. The officer would go to the farm without hiding his status as a member of the police, creating greater intimidation for the victim, repeatedly beating and sexually abusing her on several occasions.

Unfortunately, public officials are rarely detected and convicted. As Marcelo Colombo, Head of the Argentinian Office of Human Trafficking and Exploitation, points out, “corrupt practices in trafficking networks in Latin America are “normalised” and concealed, and are not adequately addressed. That is why the perspective of an anti-corruption expert in trafficking cases can greatly improve the scope of an investigation, in order to be able to reach the top of the power structures, which are those benefiting financially from human trafficking.”

According to the Global Barometer of Corruption in Latin America and the Caribbean , published in 2019 by Transparency International, one in five women in Latin America and the Caribbean says that she has been the victim of an abuse of power to obtain sexual favours or knows someone who has experienced this. Such is the case of K.S.S.C., an employee in a Peruvian household affected by a report of a crime of theft, who was coerced by an investigating police officer into having sex in exchange for not processing the complaint and closing the file. Or the case of a Peruvian justice of the peace who was caught in a hotel asking a litigant to have sex in exchange for solving her cousin’s legal problems.

As the Attorney General of Chile, Jorge Abbott, points out, “This phenomenon is not generally visible in our investigations, basically due to a lack of reporting of these facts, but also due to the inadequacy of our own system to identify when we are in the presence of this type of corruption.”

The different effects of corruption on women in Latin America must be identified, made visible, measured, prevented and combated. This requires gender mainstreaming in public policies and the inclusion of specific actions in national plans. Inter-institutional cooperation and coordination are also needed, as well as tools to reinforce the work of judicial personnel. Lastly, it is essential to work with civil society and academia, in order to encourage the reporting of this problem and position it on the international agenda; it must be made clear that, as regards corruption and the fight against corruption, gender matters. This is precisely the aim of the Governance department of the European Union Cooperation Programme for Social Cohesion in Latin America EUROsociAL+, coordinated by the International and Ibero-American Foundation for Administration and Public Policies (FIIAPP), which seeks to promote the application of the gender approach to anti-corruption strategies, in line with the conclusions of the recent 8th Summit of the Americas in 2018, in which it was agreed to “promote fairness and gender equality and the empowerment of women as a transversal objective of our anti-corruption policies”.

Based on the regional diagnosis ‘Women and Corruption ‘, EUROsociAL+ has coordinated spaces for dialogue and awareness-raising in workshops with international organisations and networks (AIAMP, OAS, IT, UN Women) and with national institutions in Guatemala, Chile, Peru and Argentina, where work has been done on the design of specific tools and the coordination of pilot programmes. These actions are intended to link Sustainable Development Goal (SDG) 16, on achieving peace, justice and strong institutions, and SDG number 5, on gender equality and female empowerment, with SDG 17, an alliance to achieve the objectives.

Through these dialogue processes and technical work, a series of strategic areas of action have been identified. Firstly, it is necessary to proceed with the design of indicators and strengthen the differentiated information gathering that makes it possible to detail the scope of the problem and understand how it is presented, and through the construction of typologies and the analysis of paradigmatic cases.

To have an impact on the culture of standardisation and encourage people to file complaints, it is necessary to raise awareness through communication campaigns and the training of judicial personnel. In addition, the complaint and complainant protection systems must incorporate the gender approach to ensure differential treatment.

Women are the main victims in cases of human trafficking, especially for the purpose of sexual exploitation. Among other actions, it is essential to draw up risk maps of corruption in the criminal chain of human trafficking, with warning indicators, and to incorporate analysis and investigation tools that include corruption variables early on. From the point of view of criminal investigation, better inter-institutional coordination is needed to provide cases with an anti-corruption and gender-based violence perspective. Given the transnational nature, in many cases, of human trafficking and related crimes, joint investigation teams and institutional partnerships need to be created in particularly sensitive areas, such as border areas shared by several countries.

In addition, for sextortion, it is a priority to have a clear support and case management path that includes the dual nature of these crimes as acts of corruption and sexual violence, which in some countries may require regulatory and operational adjustments.

All these actions are beginning to bear fruit. From a regional perspective, the fight against the different effects of corruption on women has been included in the action plans of the Anti-Corruption Prosecutors Network and the Human Trafficking and Illegal Smuggling of Migrants Network of the Ibero-American Association of Public Prosecutors (AIAMP), C20, W20, G20 and APEC, as well as the regional strategy on International Transparency (IT).

From a national perspective, countries like Chile, Argentina and Peru have begun to apply specific strategies, with the support of EUROsociAL+. In Peru, therefore, the High Level Anti-Corruption Commission is addressing the definition of sexual extortion and investigating the problem of gender and corruption on its triple border.

Chile, for its part, has promoted the inclusion of the Anti-Corruption Prosecutor in the Inter-Institutional Bureau of Human Trafficking. Its Public Prosecutor’s Office is working to identify gender criteria for prioritising cases and to strengthen the anti-corruption component in the investigation and analysis of human trafficking and the smuggling of migrants. In addition, Chile Transparente is designing an awareness campaign on corruption and gender.

Lastly, in Argentina, progress is being made on the design of risk maps and a specialised group of anti-corruption, human trafficking and money laundering prosecutors has been created to comprehensively investigate the criminal economy. The anti-corruption fight associated with human trafficking at the local and municipal level is also being reinforced, using a strategy that involves all levels of authority.

These actions are the first steps on a path that needs to lead to the exploitation of women by corrupt networks and sextortion no longer being invisible problems and instead being included in public policies against corruption, while intensifying the prosecution of corrupt officials. 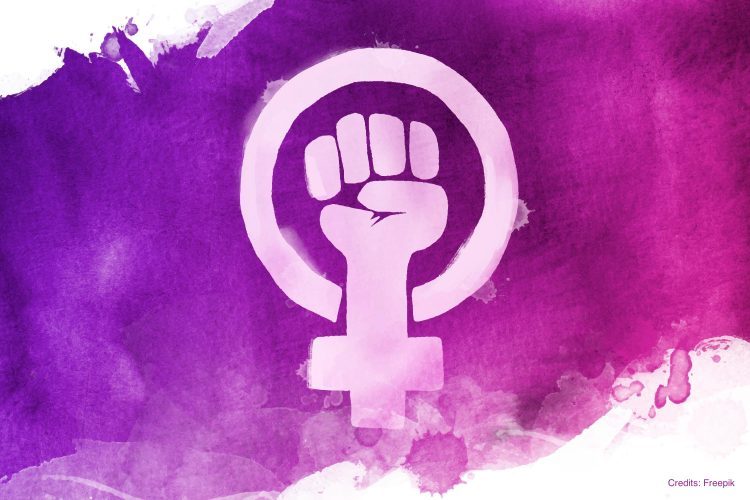 The incidence of refuges: EUROsociAL+ participates in strengthening care services for women victims of violence
EN