Progress in the political autonomy of women in Argentina

The Gender Equality Policies Area of the EU EUROsociAL+ Programme, coordinated by Expertise France, supports actions to strengthen Parity Democracy and political representation of women in Argentina from the Executive and Legislative Powers. 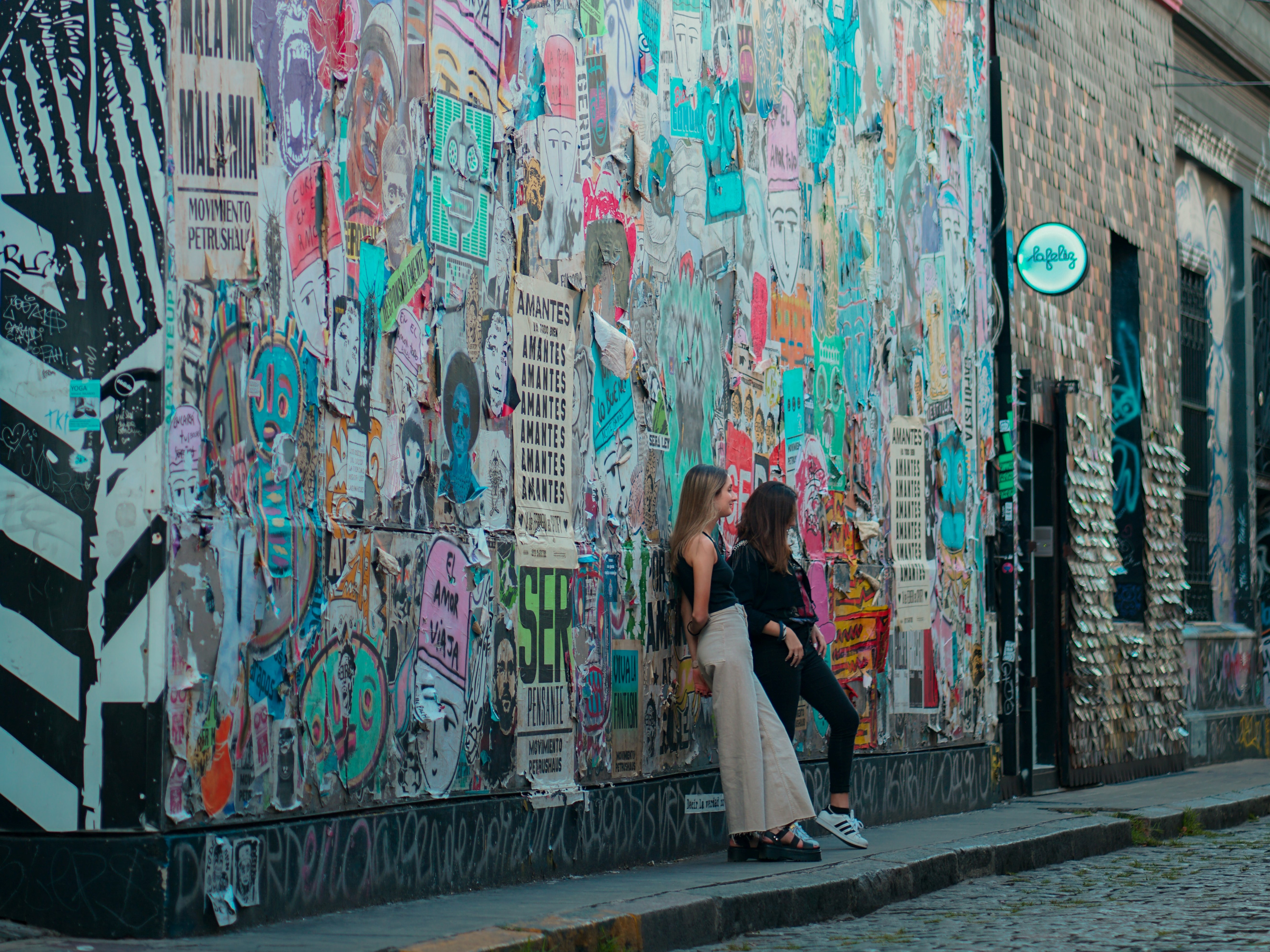 In the so-called third wave of democratisation, the governments of Latin American countries, influenced by the mobilisation of women’s organisations and by equity agendas of international organisations, made substantial progress in terms of gender equality. Although some gaps persist, which are often large, one of the areas where progress is most visible is in the political inclusion of women. In this regard, Argentina has been at the forefront of the world, and was the first country in the world to adopt a quota law in 1991. In recent years, Argentina has reinforced equality policies, adopting regulatory frameworks and actions with the aim of moving towards the construction of a parity democracy. This concept entails transcending procedural ideas about democracy and, in particular, requires taking the concept of equality in politics beyond the composition of the candidacies. Within the country’s gender equality policies, in 2021, the EUROsociAL+ Gender Equality Policies Area supported initiatives aimed at promoting parity in Argentina based on the action “Strengthening Parity Democracy and political representation of women in Argentina from the Executive and Legislative Powers”.

In Argentina, the sustained application of the Quota Law and the successive amendments to perfect its design resulted in systematic growth in the number of female legislators in the national congress. During the 1990s, most provinces adopted their own quota laws or adhered to the national law. Although women legislators gradually became a critical mass, women from different parties, civil society and academia saw the need to move towards parity because the quota had become a ceiling for female politicians, to the extent that these did not account for more than 40% in legislative bodies and held very few executive positions. Therefore, thanks to the agency of women from different parties, in the 2000s Argentina began to travel the path of parity.

Unlike what happened with the quota law, parity was initially adapted at the sub-national level. The first two provinces to adopt parity laws were Santiago del Estero and Córdoba in 2000. Five more provinces adopted parity laws between 2003 and 2016. In 2017, after intense lobbying and a coordinated strategy by women from several parties, Law 27,412 on Gender Parity in Areas of Political Representation, was approved. As a requirement, the norm established that lists presented for the election of the Nation’s Senate, Chamber of Deputies and the MERCOSUR Parliament must “be integrated by placing women and men alternated from the first/ to the main candidate until the last substitute candidate” (art. 1). The parity movement continued in 2018 and 2019 with another six provinces that adopted parity laws. Even the COVID-19 pandemic could not stop it, since in 2020 parity laws were adopted in six other provinces and in two of them (Entre Ríos and Santa Fe) these regulations established parity not only for the provincial legislative spheres, but also for the Executive and Judicial Branches, as well as for the formation of public entities with state participation and for professional councils and associations.

As a product of this legislative transformation, but also of the intense feminist mobilisation that Argentina has seen in recent years, different state players started rolling out complementary actions to install true parity democracies. These actions imply taking the idea of parity beyond for the formation of candidacies for legislative bodies to fight for “parity in everything”, an idea that, for example, Mexican feminists have started to champion.

The concept of parity (popularised after the “Athens Declaration” of 1992) considers that the status of political citizenship necessarily includes the balanced participation of men and women in the most diverse spheres of society: social, economic, and political. Since women are half of humanity and not a minority, the defence of the parity principle implies that they should not be reduced to a social category. As a democratic principle, parity seeks equality of results and is permanent. Parity as a principle has been pragmatically translated into a variety of constitutional and electoral reforms, but also into bureaucratic reforms. Within this framework, the action of the Gender Equality Policies Area of EUROsociAL+ in Argentina sought to establish capacities for monitoring the Parity Law, as well as promoting and strengthening women in different decision-making areas. To this end, work was done in coordination with the Ministry of the Interior (the body responsible for administering electoral processes) and the Honourable Chamber of Deputies of the Nation and, in turn, institutional articulations were promoted among the Judiciary, the Ministry of Women, Gender and Diversity, civil society and political parties.

As part of the Argentine technical assistance, five products were generated.  Firstly, a diagnosis was made of the application of the Parity Law in the 2019 and 2021 elections. The report, entitled “Challenges of Parity Democracy in Argentina” identifies progress in terms of women’s access to candidacies and legislative positions, but also warns of persistent obstacles. In particular, the finding that women rarely lead lists, which is a barrier to access to positions in small districts, while showing a high concentration of women in legislative spaces and very low percentages of women in the most important positions of the political system such as the provincial executives or the national cabinet. In this sense, the report highlights that the systematic use of the Quota Law and later the use of the Parity Law have not normalised the political careers of women, in the sense of occupying more or less all the positions of the system. Finally, the diagnosis highlights that situations of political violence for reasons of gender seem to be a recurring phenomenon in the lives of political women.

Secondly, the technical assistance involved the design of an Observatory on Parity Democracy in the orbit of the Ministry of the Interior. The following are among the main contents of the Observatory on the Ministry’s website: statistics on the presence of women in candidacies and elective political positions, a section containing all regulations in force in the country on parity, as well as relevant international regulations on the subject, and a section of infographics with brief and visual outreach material. The support in this aspect also entailed the transfer of capacities to the technical team of the Ministry of the Interior so that the contents of the Observatory can be replicated over time.

Thirdly, an Action Plan was drawn up to close gender gaps in the Chamber of Deputies of the Honourable National Congress. This plan is based on a diagnosis of the state of gender mainstreaming in the Chamber, identifying both weaknesses and threats, as well as opportunities and strengths. It is important to highlight that the diagnosis is not restricted to parliamentary activity (for example, access of female legislators to commissions, positions of responsibility in the chamber, effective leadership, etc.), but also includes the institutional and administrative/bureaucratic components of the organisation. In this regard, it is a comprehensive diagnosis that reveals the gender gaps that still persist at all levels of parliamentary work and establishes the conditions that would be required to eliminate them.

Fourthly, and related to the previous point, the technical assistance to the Chamber of Deputies involved the development of a System of Indicators for the comprehensive monitoring of the progress of the gender approach within the Chamber, in the institutional, parliamentary and administrative spheres. Overall, the diagnosis and the system of indicators constitute a true practical guide to progress in the incorporation of the gender perspective in all parliamentary work.

Finally, the support included the preparation of a draft resolution/regulation for the creation of an Inter-institutional Work Group for Gender Parity. This is designed as a formal space to gather representatives from different areas of the State and civil society with the aim of discussing, proposing and monitoring issues related to the Parity Law. This table will be a powerful instrument to advance in the mainstreaming of the gender perspective in the State with a joint perspective[1].

The products generated within this action were presented at the “International Seminar on Parity Democracy and Political Representation of Women” organised by the Chamber of Deputies, the Ministry of the Interior and the Ministry of Women, Gender and Diversity. The event was held in Buenos Aires on 2 December 2021. The seminar hosted discussions of the products generated though this technical assistance, and was also an event that brought together all the players who participated in the process and strengthened the inter-institutional work agenda to progress in the construction of a parity democracy.

[1] At the date of publication of this article, the Interinstitutional Work Group for Gender Parity was not yet operational.